The Sacrifice is here for L4D and L4D2 owners! – BAMFAS 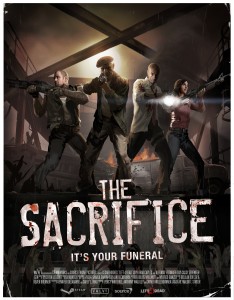 Yes that might be the creepiest header on the site yet, but ignore that! Today the latest DLC for L4D and L4D2 has arrived with new maps and modes for all players. Check out the full sheet below. PC / Mac players can get the latest addition for free while 360 users will get the game later today for 560 points.

“The Sacrifice” is the prequel to “The Passing,” and takes place from the L4D Survivors’ perspective as they make their way South. In addition to advancing the story, “The Sacrifice” introduces a new style finale featuring “Sacrificial Gameplay” where players get to decide who will give their life so the others may live.

In The Sacrifice for Left 4 Dead 1 gamers receive the complete Sacrifice campaign with maps playable in Campaign, Versus, and Survival.

Targeted for release on October 5th, “The Sacrifice” will be available for download on Xbox Live for 560 Microsoft Points and free to all PC gamers.