Not one to keep people waiting, Dr. Crane is here to guide the lost souls in DC Universe online into their greatest fears as we approach Halloween. While the game has been delayed into 2011 the teasers do seem to indicate the wait will be well worth it as characters are added and the game world is polished up with extra tweaks.

Check out the statement and pictures below:

Jonathan Crane was a skinny, awkward kid who got bullied often because he reminded people of Ichabod Crane, from the Legend of Sleepy Hollow. As he grew older, Crane became obsessed with the essence of fear, hopefully in an effort to conquer his own phobias. This obsession put him on the academic fast track at Gotham University.

But Crane sabotaged his career by using his students as unwilling subjects in his dangerous fear-based experiments. He was dismissed from the university by the board of regents for his unorthodox methods. In an act of revenge, Crane put his knowledge of fear to work, creating a fear gas, dressing himself in straw and sackcloth and adopting the guise of The Scarecrow.

His quest to heighten and instill fear in Gotham has often run afoul of Batman, attempting to root out any anxiety or phobia that would bring him down. But Batman has faced him down countless times and in the process, Crane has become victim to an ironic type of fear, chiropteraphobia…
…Fear of bats. 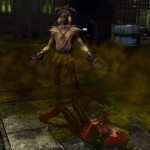 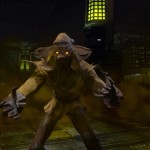 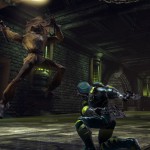 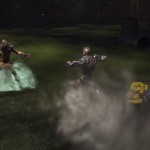