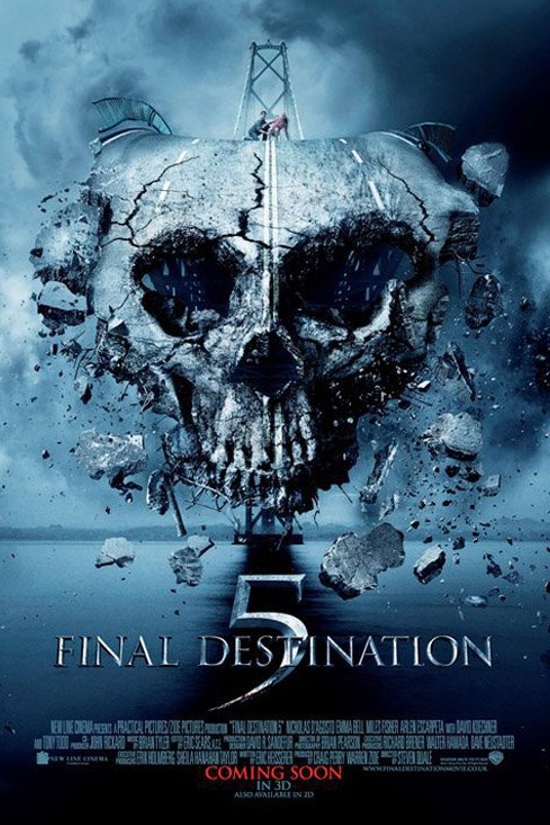 New Line Cinema will take another stab at the Final Destination Series, (Final Destination 5)  Eric Heisserer (Nightmare on elm Street) who will be writting the screenplay has reportedly said he plans on taking the series back to its roots Staying “We’re going to go back to what made the original work and build from there. We’re going to make sure we’re creating good suspense horror movie that happens to be a FINAL DESTINATION movie“. Fliming Started September 2010 in  Vancouver, British Columbia, Canada producer Craig Perry has said the movie will be shot in 3D. In an interview Tony Todd on of stars said if the film is a success at the box office, then the sequels Final Destination 6 and Final Destination 7 will be filmed back-to-back.

No plot has been announced as of yet but New Line Cinema has released a new trailer.