We begin this issue with a short flashback that gives us even more insight into Severin and his motivations.  Is he genuinely bad or does he think what he’s doing is just?  Who’s “leading” him? Most importantly, will he succeed in his mission to kill Buffy?  Chances are, probably not, but it is a safe bet that he will keep trying until someone or something stops him permanently.  This issue really highlights the huge mess that is Buffy’s life.  Her friends are keeping their distance (except Spike of course), her roommates may stumble upon some very questionable things that Buffy keeps in her room, and finally Buffy is placed on the police’s most wanted list.  For any of us this may seem like a hole that no one could climb out of; but, this is Buffy.  Very little phases her, she has learned to take life’s little (little for her anyway) obstacles as they come and eventually she will get everything sorted out. As she begins to get everything back on track we learn that Severin is not working alone and really seems to be  manipulated and used as a pawn by someone we have met before!

There is some good action in this issue along with some very good banter/dialog.  As I said in a previous review, Buffy and Willow’s relationship is definitely on the mend and it was nice seeing them interact with what appeared to be only a slight feeling of animosity.  The issue was very good and really seems to be keeping a nice pace with adding a few surprises here and there!

So you downloaded the 1.2 patch for Skyrim or Steam shoveled it down your PC’s throat and now your resistance is gone and Dragons are moonwalking in the sky. Instead of waiting on Bethesda to get a patch approved and out for the masses you can skip all that nonsense and grab the SKSE mod by an independent team to fix this and get your game playable. We love Bethesda but seriously, releasing a game breaking patch is a hell of a thing. 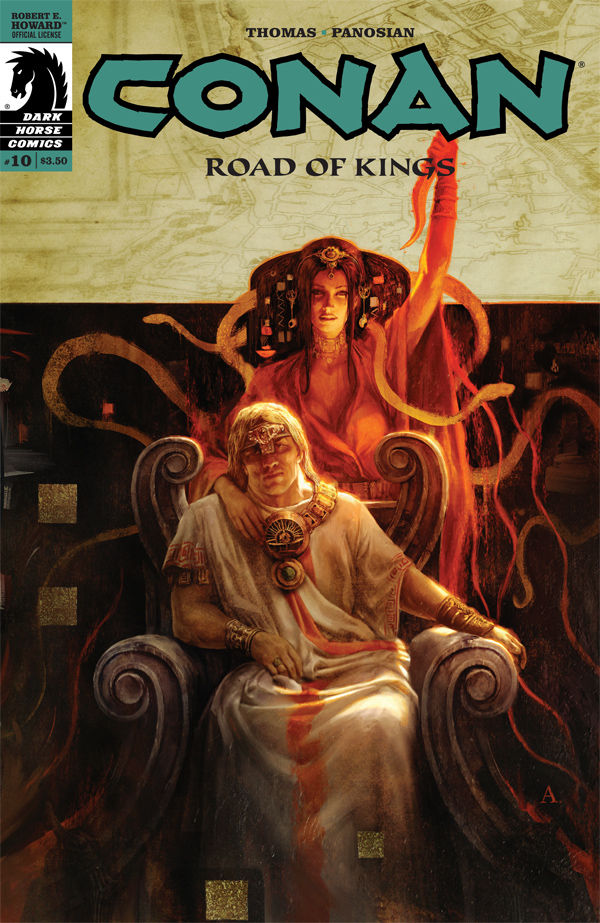 Conan: Road Of Kings #10 Starts with Conan discovering that Count Trocero has launched the siege of Tarantia. Thelitis and the others inform Conan of their plan to sneak in and assassinate the  current  king (Deucalion) and make Arpello the new king.

Inside the castle, Conan and the others who are disgused as servants of  Thelitis are greeted by Deucalion and his guards whose out number them.  Conan gets in position to attack  but is stopped by Prospero, meanwhile, Thelitis plan to use’s the kings affections for her against him are spoiled when deucalion orders his guards to feed the retainers as he calls them – to his royal dragon. Out numbered, Conan springs to action hacking and slashing his way, as more and more guards attack and D’Jonn and Prospero are captured Conan escapes jumping thru a window and falls 3 stories on to a wooden wheel barrel which happens to sit in front of Deucalion’s chambers. Meanwhile Thelitis  who’s alone with Decalion kills him and herself just as Conan enters, shocked by the death of Thelitis he makes his way back to the others before they are fed to Deucalion’s dragon which turns out to be a giant lizard. Again Conan is thrust into action once more to save Albiona and the others from death.

Trouble seems to follow Conan wherever he goes when placed in hopeless situations, it’s certain he’ll pull through and survive, hacking and slashing his way out only to start all over again in the next issue. At this point there hasn’t been a warrior or warlord introduced to challenge Conan which is a bummer, I would love to see Conan run into someone hardcore finally.  Instead he’s been on the run with others that have plans to use Conan for their personal gain.

With plenty of action and solid writing Conan: Road of Kings #10 is another solid read, I can’t praise Thomas and Panosian enough on the job they’re doing with Road of Kings, they are  staying true to the Conan we all know and love.