Finally a great first look at next years Cabin in the woods! The movie as you may already know is written by Joss Whedon and Drew Goddard, who is also directing. Although it is doubtful that he will reprise his Fake Thomas Jefferson role, I am still very excited. Roll film! 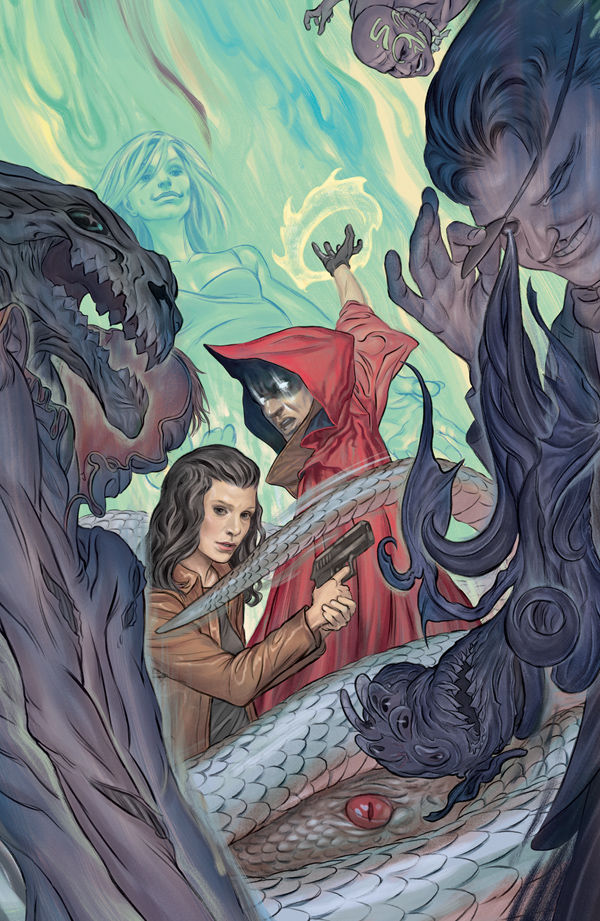 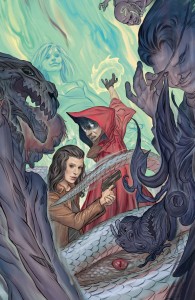 The beginning of this issue of The Occultist is a bit confusing, but as the story progresses it all comes together quite nicely.  Rob and Detective Melendez are out (although she’s still unsure why and how she’s there) narrowly missing death at each turn and we begin to see the Sword has taken the wheel and Rob’s more or less just along for the ride.  To say that Rob has a few enemies is an understatement, there seems to be an endless amount of baddies looking to get to him (the Sword) first.  Added to the price that has been bestowed upon his somewhat clueless head is that he is also trying to keep Detective Melendez AND his girlfriend safe, failing at the latter.  As Rob tries to juggle understanding his new role and maintaining some semblance of his previous life, we really get a sense of just how hectic his life has become. We learn that Rob is different from previous people who the Sword had chosen, he’s not a power-hungry psycho, rather, he’s just a normal college kid who has experienced particular circumstances.  It seems that the flashback to his childhood plays a major role into why he was chosen.

I really enjoyed this issue.  The Occultist has a lot of action and is very fast paced.  There is so much going on and so many characters that you really have to pay attention.  The dialog and story progression are excellent, as is the art.  An entertaining read and a definite recommendation.  Transforming monsters, a bounty hunter with a conscience, clueless college kids, this comic really has it all!