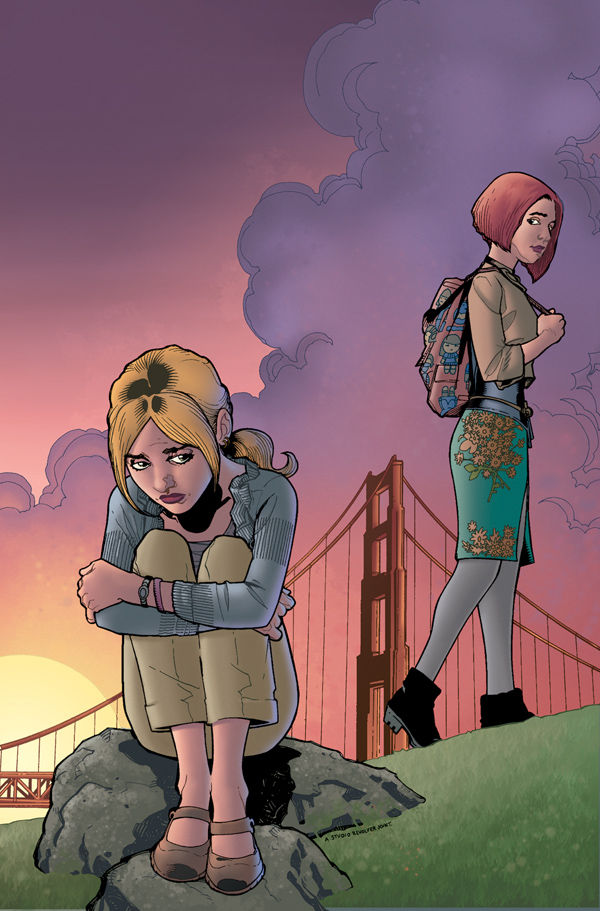 A Zompire mob is in full effect and Buffy, with a little (very little) help from Xander and Dawn, is trying to lessen the mob as best she can.  She thinks she succeeds only to find out that she has failed miserably.  However, all was for naught, she’s just dreaming.  Buffy’s dreams, always vivid and a bit confusing are no different this time around.  As she attempts to figure out what they mean she enlists Willow’s help.  The dreams (references to the first Slayer, season 8 and Disney) finally become clear(ish) and it seems that the magic conundrum is on the verge of being resolved (no, they don’t learn complicated card tricks).  Willow must take her own path and as Buffy’s roommates are questioning whether they can all continue living together because of Buffy’s dangerous slaying, Buffy’s world is positively turned upside down!

This issue has the potential to set up some very interesting and very important verse changing storylines (if the big “whoa” moments are indeed real and not part of a dream or something along those lines).  The dialog and art are very good and the cover is one of my favorites so far!  I didn’t know how to feel about this issue when I finished reading it but as it ruminated for a while I realized I really liked it and I am super excited to see where it is going to take us.  Everything is very good, albeit a little “wha?” inducing, but ultimately a strong issue.