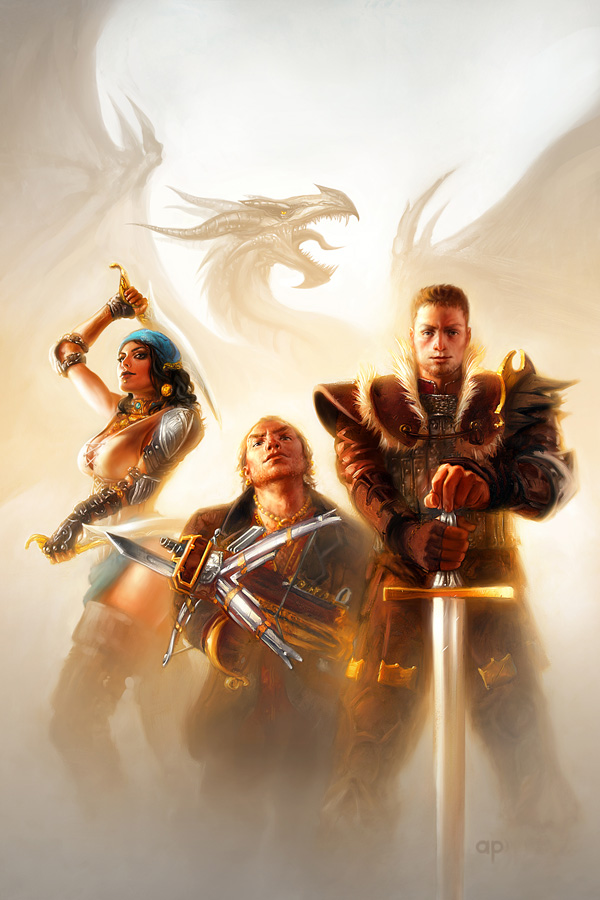 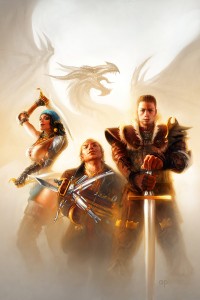 After a decade of terror and civil war the nation of Ferelden, with the help of King Alistair, is attempting to rebuild their beloved nation. However, nothing ever goes as planned and trouble is a-brewin’! This issue begins in Antiva, a city that appears to be none to great. King Alistair has just arrived by boat and he immediately finds trouble. Trouble goes by the name of Isabela and Varric, a pirate and dwarf respectively. Isabela and Varric are Alistair’s companions and guides while he is in Antiva, much to Alistair’s chagrin. Very quickly though, the King learns that having these two by his side will save his life. We learn that Alistair has traveled to Antiva because he has received information about “the crows.” The crows are a group of assassins who apparently have a lot of pull with the noble ruling class. As the ragtag crew enters a building where they believe the information on the crows is stored, they soon see the traps set within the building. After narrowly escaping death (a lot) and meeting Alistair’s source for information the question then becomes can Alistair trust his new “friend”?

Dark Horse is releasing this comic bi-weekly, alternating between this and the new Prototype comic (review coming soon) through digital.darkhorse.com. It is also available through the Dark Horse app. Each digital issue will cost only 99 cents and be 12 pages long. In July, this entire Dragon Age series will be compiled and published in book form. This first issue is pretty awesome. It really tells a good story and adds some humor along the way. The humor was a nice touch because stories like this can often be far too serious, so it was a nice relief. The art is great and the character development is stellar, especially in a such a short comic. For 99 cents you really can’t go wrong, it’s definitely worth it!