We’re back with more coverage of Spartacus, due to some shifts we’ll now be writing post-episode pieces which will likely follow for the rest of this season. Apologies for that but if we can return to normal coverage we will.

Varinius brings his games to full circle, the event sets the stage for this episode as everything revolves around the stakes at hand. Varinius uses the captured team from Spartacus as the main event, some go so far as to wish for Spartacus himself to be there in jest but fail to realize his skills have not fallen since his escape. Crixus, Oenomaus and Rhaskos showdown against Gannicus the past champion and betrayer of Oenomaus as the scene sets up the battle, with little time wasted, the intense fight launches as Oenomaus demands to know of the betrayal learned of from Ashur. In a moment, the once calm and tranquil man who trained a legion turns into a beast of vengeance against an old friend. It’s an important moment that sets the tone of this tense episode and we’re only teased with a moment of it all.

Gannicus isn’t the only new addition to the story, Spartacus encounters a new friend as they make their way to flee the empire, unfortunately that friend has ill news for the entire group about tales being told and the fate of those from the mines. We see a passion from Spartacus develop, he’s no longer just out for himself but to continue earning the respect of his followers and their trust in his efforts to protect. The group comes together to make a venture that risks everything yet again in one of their most bold moves in the series.

Ilithiya is back at her old tricks, while Spartacus plots and others work at their own goals, she must rid herself of her child if she wishes to move forward with her plans to abandon Glaber. Taking it to the fullest move she must even abort the child she’s carrying so that she has no memories or attachment to Glaber or her past with him if she’s to start over with Varinius. The move itself sparks Lucretia into action and a plot to continue pulling Ilithiya’s strings goes into action. The two of them may play coy and claim they’re getting over old rivalries but the intensity is just as strong as ever. 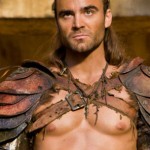 The episode brings so much drama together and so much tension with the lengths that everyone goes to in this story that I wonder how they would top it. Glaber is no fool and crossing him in privacy is one of the worst moves to possibly execute, the same goes for Spartacus when pressed to the wall he’ll go to any length for those who follow him even if it means his own life. These two take the spotlight for the episode and while physically it’s not an even match they’re both extremely potent within their own realms of expertise, we learn their growth since their initial rivalry in the start of the series.

The quality of the episode shines with more technical execution, while a trip to the arena feels like an old memory, the actions within it are refined and polished, the violence relying less on CG and using traditional modes of execution to get the visuals accurate. It sells the violence harder and pushes the experience to new levels, the lighting even shines to strong attachment as it pulls away from the deep golds that filled the arena earlier this season. They’re working hard to elevate the experience so that it’s a seamless experience and making due as they experience new ground such environmental destruction, in that respect the show needs more polish to appear less cartoon like, either way they can improve by putting it out there. 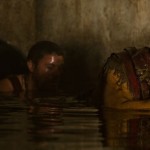 We’ll have our impressions and recap next weekend for Episode 6. For those hoping to have gotten all they needed out of this recap, I’m still holding out on the whole outcome of the arena and the moment that actually made me enjoy Glaber for what may only be once in this entire series.