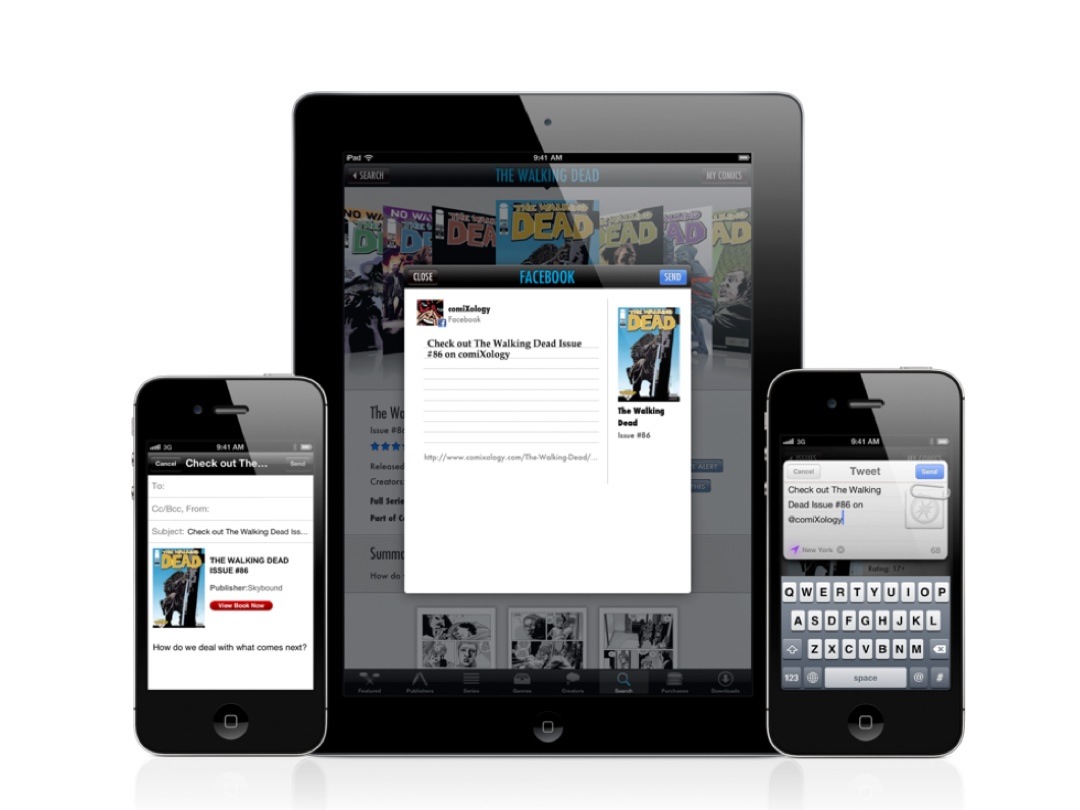 With the latest iPad hitting retail it’s no shocker that everyone is trying to update and make use of the new hardware, ComiXology is rolling out CMX HD to bring high-resolution content to the new iPad for a select group of titles. Expansion will be inevitable and the company notes they’re already working on updating their catalog to the new standards hoping that HD plays a large part in their next milestone of purchases and sharing between comic fans.

In addition to the upgraded goodness of crisp art, CMX HD will also allow readers to share comics with friends on Facebook, Twitter and Email form to spread the word, it’s a unique way to keep friends updated on your tastes especially when the holidays come around and they go into panic mode. It’s also a solid way to turn those on the fence over to comics or more specifically digital comics through ComiXology.

Here’s a full taste of the app log, enjoy and chase it down if you’re already holding on to an iPad HD. If not just continue enjoying your collection and know that your SD titles will be getting a nice boost in the future as well!

CMX-HD Comics
Now featuring High Definition capable comics for the new iPad — with twice the resolution. Look for the CMX-HD badge in the store to find these HD comics and graphic novels.

Facebook Sharing
Finally, users also have the option of sharing comments via an individual’s Facebook wall or Timeline.

In all cases, including Twitter, if no network is available then the user will not see any share options.  If an account is not yet set up for the chosen share method, then Comics will alert the user to setup that particular sharing account.

The “Read Now” Button
Immediately after purchasing a comic book that begins downloading, users will be presented with a “Read Now” button (replacing the former “Downloading” button).  Now users can begin reading comic books without waiting for the entire download to complete.

Miscellaneous Bug Fixes & Stability Improvements
Additionally to the above feature enhancements we have made substantial improvements to bugs, crashes and stability in the Comics App.