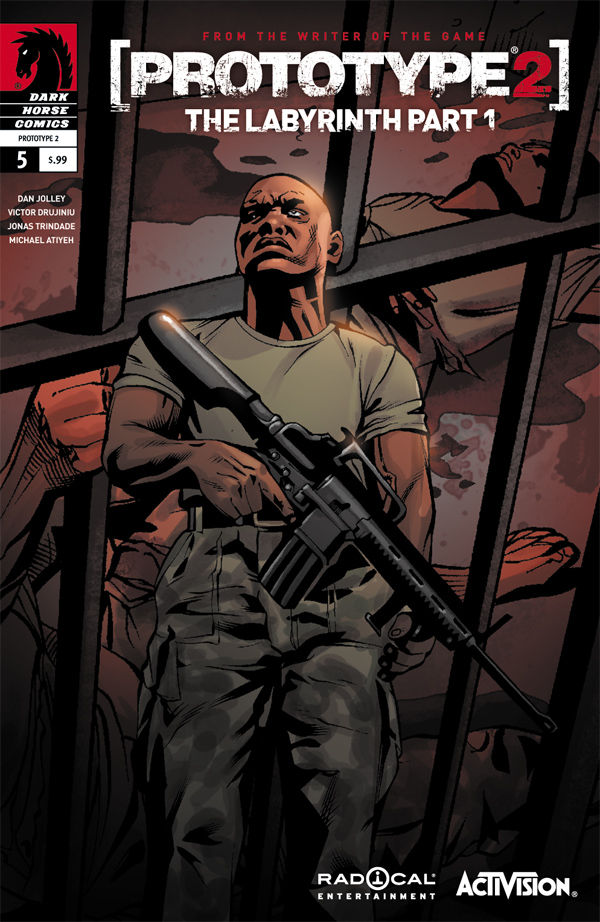 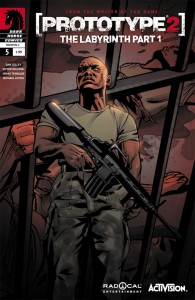 The final chapter of Prototype 2 is here and we get a peek at the main character behind it all, Sergeant James Heller, a man who on patrol blanked out and found himself deep underground and subject to a new series of tests. This final installment closes out the gates before launching into the campaign of Prototype 2 this week, with no time to spare lets jump in and see what Dan Jolley has written for our last adventure in this connecting series.

Heller finds himself in a mysterious complex, the details are vague but one thing is clear. He’s on his own and his memories and wishes will be the only thing that drives him forward to survive this experience. Unfortunately much of the story rests on the actual survival instinct within his cell and his resourcefulness within this scenario over all else, flashing between his time with his family and present day. It’s a short burst at 12 pages but at 99 cents one would be hard pressed to demand more from it right now. For those hoping to see this as a critical connection point between the game and the story it’s hard to pitch this one, unlike the first two storylines, this doesn’t do very much to outline about Blackwatch, the city or the active story.

As an instlalment it’s much weaker than the previous books in the series, one has to hope that part of of the Labyrinth helps elaborate this story a bit more and makes it enjoyable as a connection. As it stands it’s relatively lacking in comparison to the rest of the saga so far.