Walking Dead fans get excited. The first installment of Telltale Games, The Walking Dead 5 part game series is here and it’s good! In case you’ve missed all the news, it’s now available on PC, Mac, Xbox 360 and PS3 for the pittance of $5 per episode. 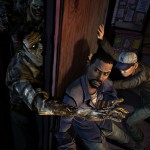 I played The Walking Dead: A New Day on the Xbox 360 and the game took about 2 to 2 ½ hours to complete. You play as Lee Everett, a convicted murder who, because of the recent zombie outbreak, finds himself injured and trying to survive in a world that no longer makes any sense. Lee soon meets a little girl named Clementine, who has been alone for days and is bad ass enough to have survived on her own. They quickly bond and the adventure begins.

Along your travels you meet a bunch of different characters that are new to The Walking Dead cannon in addition to a couple familiar faces. Slowly, you begin to learn some of your character’s back story and get a feel for the other characters in the game. 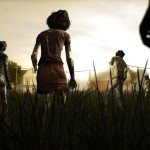 The game itself has both a mix of the T.V. show and the comic book and strikes a really awesome balance between the two. Since some of the people you run into along the way are characters we already know (and love) there is a familiarity with what is going on and the cel-shaded graphics makes the game look like you are right in the middle of the comic book. I love the graphics, there were times throughout the game that I couldn’t get over how close to the comic it really looked which added to the overall experience of the game. The game, like the show and comic book is very character development heavy, which is why I think that they are both as great and compelling as they are. The game does an excellent job really fleshing out the characters and making you either really like them or really hate them. There is one character in particular, Larry, that you meet along the way who really infuriated me. I kept hoping there would be a time somewhere in the game where I would be able to kick his ass. 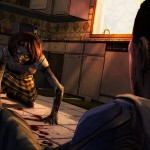 While there’s not a ton of zombie action (a complaint I hear about all the time in regard to the T.V. show), I think it’s exactly the way it should be. The Walking Dead is about the characters, their coping strategies and if and how they survive through extreme circumstances. These aspects are perfectly captured in the game. The game is dialog and choice heavy, a kind of Choose Your Own Adventure game that is very interactive both in your decisions and with your in-game environment. This format is nice and gives you a good bang for your buck because you can play the game multiple different ways by simply choosing different answers.

Throughout The Walking Dead game you interact with people (and your environment) and are given multiple choices in your conversations. The choices are on a time limit (some seemed longer than others) and the choices you make affect your game play in the future. The characters you interact with remember the things you tell them, so if you lie, you better remember that in future conversations. The choice aspect of the game often times made me feel very tense and anxious, but in a good frantic kind of way. It made me feel like I really needed to think about the answers I was going to give and the choices I was going to make, except I didn’t have much time to think creating situations where I had to make snap decisions.

There were definitely some challenging parts to the game. There are a couple of tasks that you must complete to progress and they proved a little frustrating. After I figured out how to complete them it was a “smack yourself in the head” kind of moment, because they were not actually as difficult as I made them out to be. For the achievement hunters, you get all 8 achievements on the first run through just by completing the story. My only gripe, and it’s a minor one, is that there were a couple of times in the game that the camera angle/control got a little wonky, it didn’t actually affect my game play in any way but it was a little annoying.

It is well worth the $5 and at that price there is no excuse for Walking Dead fans to not get this game. I thoroughly enjoyed it and I can’t wait for the next episode! 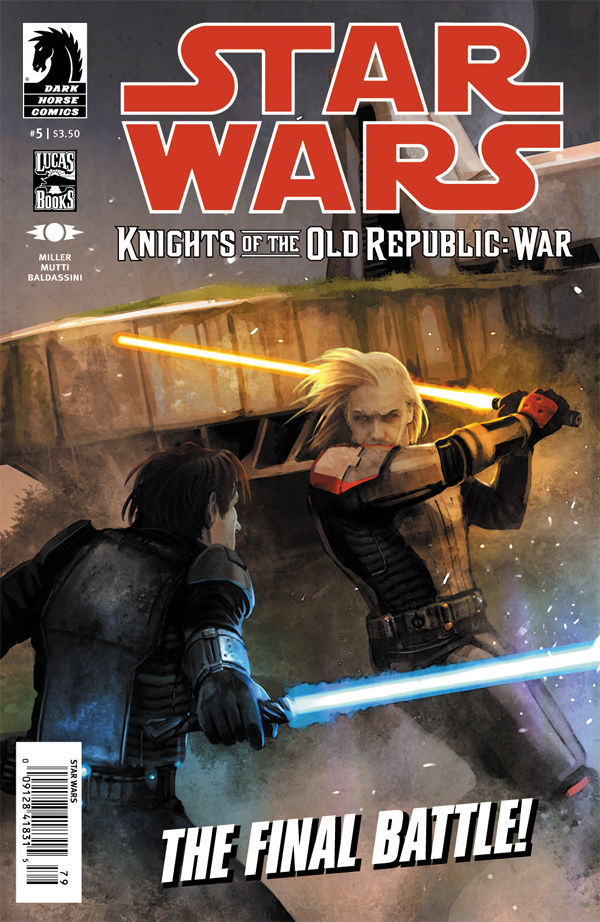 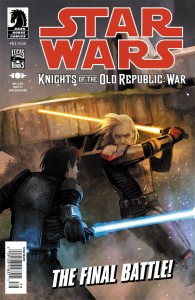