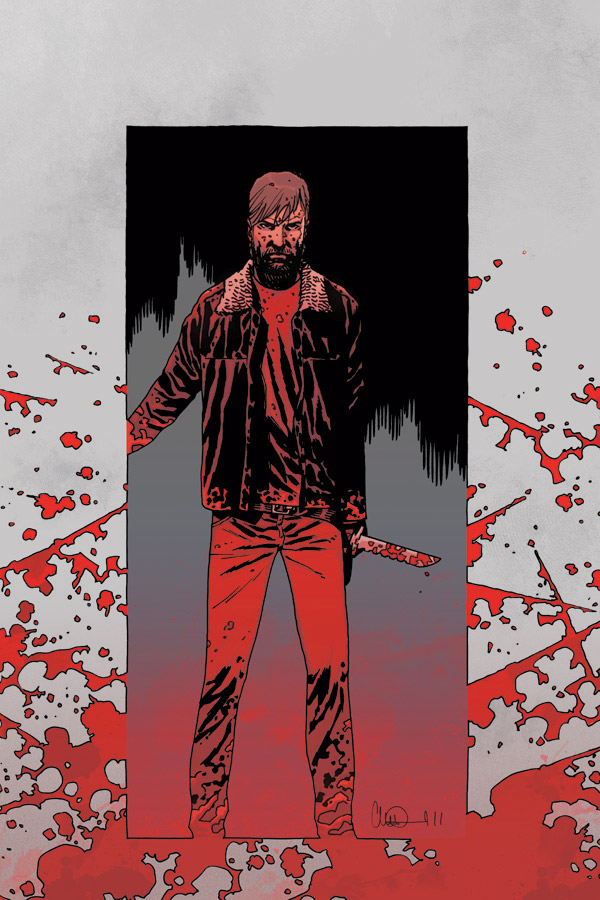 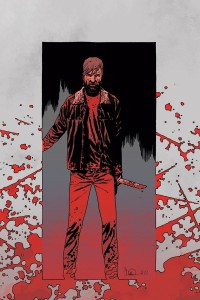 Rick and crew haven’t been having an easy time for a long while now, The Hilltop is proving to be no different in any of this. With Gregory the leader going down as a message from Negan we see Rick pulled into action yet again by reacting to save Gregory and in the process killing the man who assaulted the leader. In the middle of this new community he’s left to face judgement even if it was an act of self-defense, shocked and isolated the people see a villain in their midst.

Turbulent times kick off things right away, the shock of death is a heavy hit for all of the community. Instead of seeing Ethan as a threat he was part of their people and Rick for his actions plays the role of the murderer and villain to them. Weapons drawn and nervous tension surrounding him, Rick will not compromise to their will, instead he stands firm until Jesus comes between them all. It sets the tone for the rest of the issue, they’re the newcomers and now they’re also seen as a threat to their community even if what they did was justified in the moment.

The world of The Walking Dead is about to start into a new phase with this issue, everyone finds a little something to appreciate about The Hilltop and a strange sense sweeps over them. After so much stress and horror on the road and going from camp to camp there’s a strange calm or refreshing warmth that hits the group and it passes through from the pages to the reader in the middle of the chaos. Fortunately the TWD team isn’t this forgiving, this calm comes at a price, as they’re not the most capable farmers or the richest in supplies they have to bring their own way of contributing to the table and there really is only one true thing they do well in this world. Rick and his team have a mission, it will not happen overnight or even in a few days but it will be one that they can embrace and give it their all for.

Given how hard Rick and crew have had it through these last arc’s, it’s really something to see a remote shred of stability coming back to them, it could be a hard period for them with low supplies during a hard Winter for the group. The folks behind The Hilltop have made it a little easier and a little less stressful, what rests ahead is a choice on how they repay this kindness and a test of integration into the community, they need to be one but at what cost? The art is crisp and the pages deliver some critical shots, Carl resting on the roof of the car as lookout, Rick’s empty stare after killing Ethan. The pages push the atmosphere in each shot even without color to support or direct attention, they’ve been at it so long they’re able to deliver the emotion each time on call.

What rests ahead according to Kirkman is a new challenge to Rick, coping with life in such a large world once again. We know he has a battle coming but he also has a desire to make this place home as well, can he balance the need to fight and desire to try to settle up after all this?