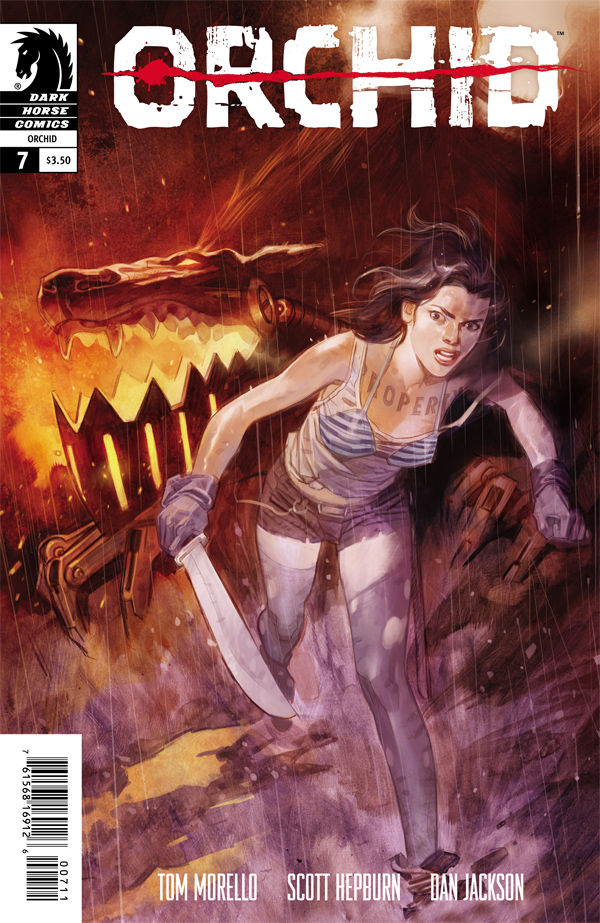 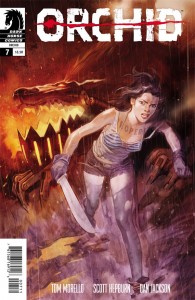 After Orchid, Simon and Anzio make the decision that they can’t leave Tomo Wolfe’s complex without Opal, they quickly see by the trail of dead and maimed bodies that Opal is quite capable of keeping herself alive. They arrive just in time to see Opal wearing General China’s mask, in the battle of her life with one of Wolfe’s hybrid beasts that is doing its best to end Opal before she slaughters Wolfe. Wolfe (that bastard) is showing how cowardly he really is, standing back barking orders at the beast. While all of this is going on Opal seems unfazed and focused. Who will survive, Opal, Wolfe or neither of them? Will particular actions have unexpected consequences that no one could have seen coming?

I know each month I rave about this comic and I’m happy to say that this month will be no different, but it is completely justified! This issue was spectacular. We learn so much in this issue about General China, Opal and why Orchid is going to be so important. This is issue was very sad, I mean sad to the point of tears. Tom Morello has an extraordinary way of writing speeches that are so full of feeling and which add an insane amount of depth to the characters. As with each issue, the art is amazing and captures everything perfectly. I think I might go out on a limb and say this issue was the best yet. It really gave the reader some deep insight into the story thus far as well as where the story is headed. Get inspired, read this comic! 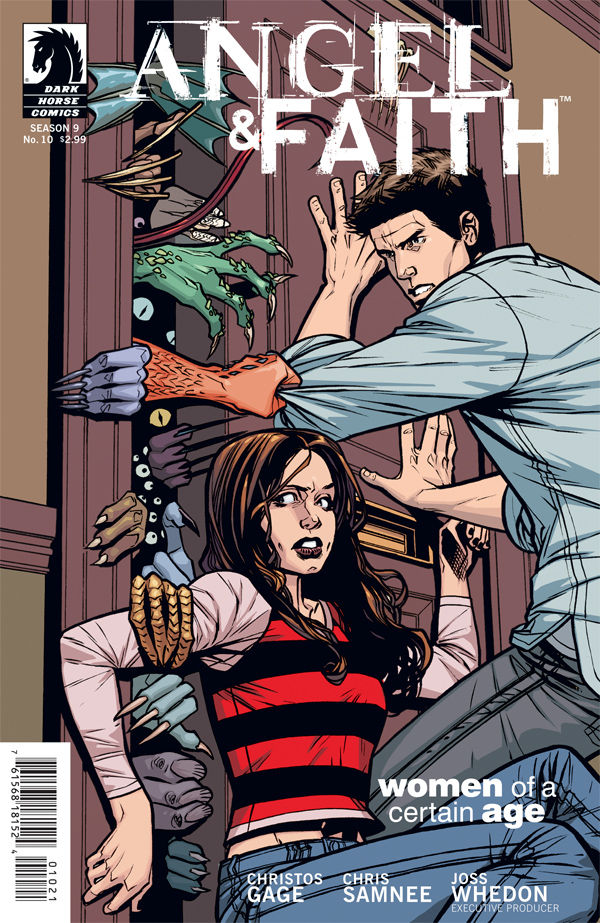 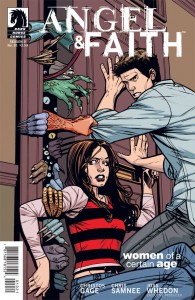 After a trying, emotional battle, Angel and Faith return home to find a couple of guests waiting for them. They are quickly acquainted with Lavinia and Sophronia (Sophie for short), Giles’ Great Aunts. They seem to be well versed in magic…and trouble. Their visit is not just for the free wine and accommodations, they seem to have brought along some guests that Angel and Faith must eradicate. They have an obsession with staying young and this is the real source of their problems; however, they blame Angel for the loss of magic in the world, therefore they blame him for all of their problems and they expect him to clean up their mess. Once it appears the coast is clear, Angel and Faith begin pumping Lavinia and Sophie for Giles’ family history/drama. Here we get to see Giles as a young boy, we learn how his magical powers were discovered, what his childhood dreams were and how those dreams were crushed. Just when Lavinia and Sophie seem useless, they give Angel something that may help him bring Giles back but manipulation is in play and their end game is still unknown! 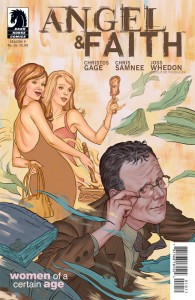 Any issue that has a Giles origin story is fine by me. I love learning more about him and we also get to see what I’m assuming is the first use of the nickname “Ripper” and it won’t be at all what anyone expected! As an added bonus the issue ends with a surprise guest which will undoubtedly be an awesome addition to the story. Angel & Faith #10 has a lot of funny dialog which doesn’t detract from some of the seriousness of the issue. The introduction of the Great Aunts fits right in and is a great way to present Giles’ back story. Based on some of what happened in the issue, Angel and Faith’s relationship may be getting a bit more tenuous in the near future, but I think with everything they have been through it will be a minor bump in the road. The art is great; I love the variations in the monsters that come calling for Lavinia and Sophie. The bottom line is that this is a very strong issue and a great addition to the continuing story line!