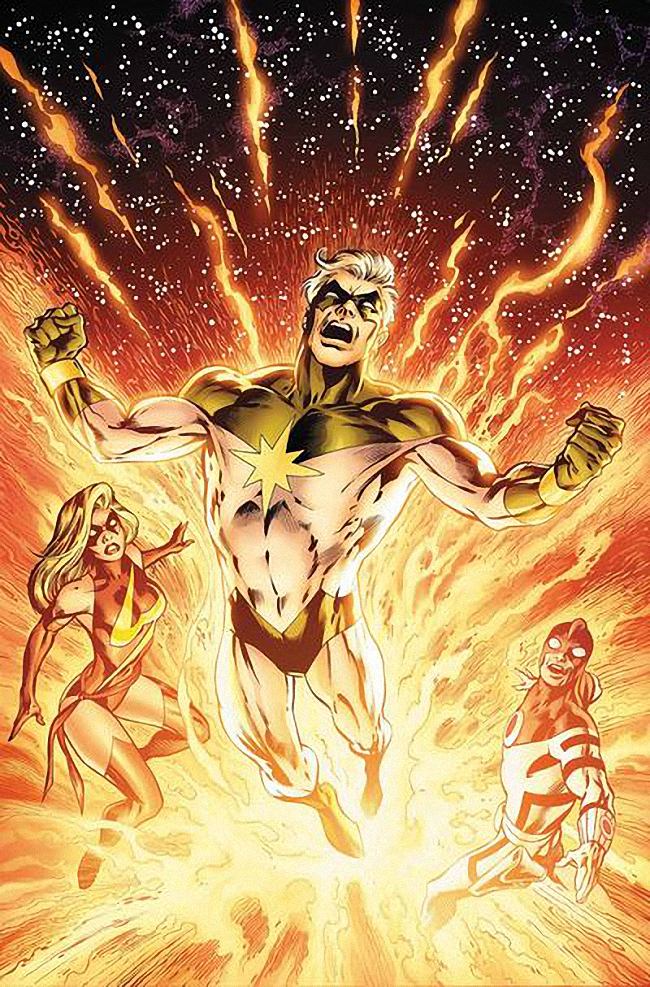 *Clarification – This story takes place before Avengers 26 and 27 in the AvX storyline.

A beaten and bruised crew emerges on Kree, hoping to find time to do repairs and tend to the injured of their group under secrecy from the government of the planet. All seems to be going well enough until we see Captain Marvel call two of his Kree allies on the Secret Avengers team into action, from here the goal is established that all Avengers will fall to his reborn might.

With this call to arms we see another faction emerge in the battle for the Phoenix Force, the Kree allies of Protector, Ms. Marvel and Captain Marvel group up on behalf of the planet to control and harness the Phoenix for what is said to be the next evolution of the Kree people. Life isn’t so simple though, while it’s not outlandish to see this come up, there’s another force at work speaking to the Kree and driving them directly into sacrifice instead of salvation. On a normal day those in the Secret Avengers might not have such a hard time, in this case they’re fighting with anything they have after being crushed in space when trying to contain the Phoenix Force in a deep space challenge.

The twist with Marvel is certainly interesting, he’s looking for redemption within his people for all that he’s done in the past, clouded by pride and likely mind control he goes out hoping to strike down the Avengers and inspire faith. He dreams of more for his people as he lays blow for blow, but the romantic view of life and his people will only last so long before the truth starts to rise to the surface and pop the visions he thought he knew so well. There is a darkness lurking but time will only tell if Marvel becomes aware to it and is able to react for the good of the universe.

Renato Guedes lays down great art through the book, highlighting expression and movement and pages of horrible pain to Thor and others as they get slugged around by Captain Marvel. It’s really just a brutal series of events in this issue but with the right attention that’s alright because the dialog and story still sprinkle in as it happens without feeling awkward.