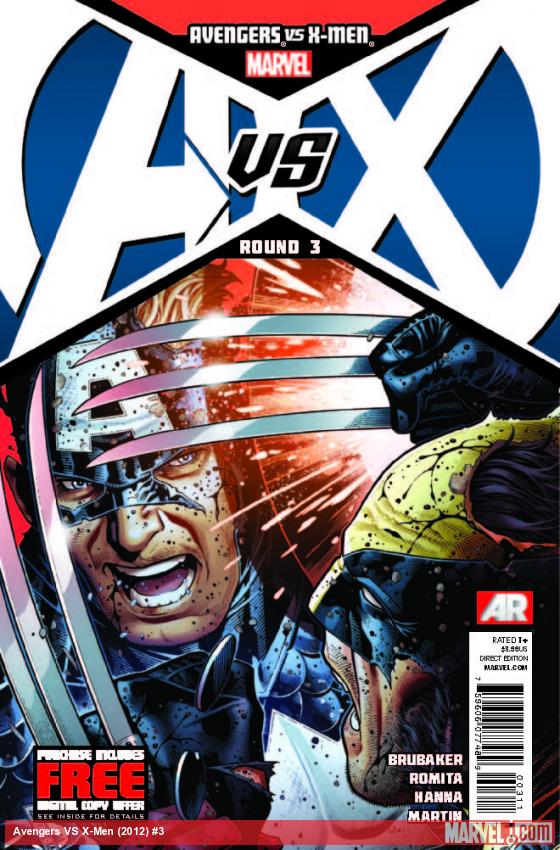 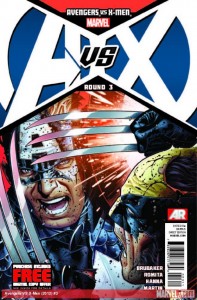 There are some moments when you get a good idea, there are others where you need to factor in if you’re going up against the Phoenix Force or not. Unfortunately for Wolverine he didn’t really think his latest venture through when launching at Hope with his claws out the last time we left off. Avengers vs X-Men #3 kicks off as Wolverine regenerates his body with Spider-Man tasked with the unlucky duty of watching the process. It’s a sound example of why it’s good to give deeper consideration before just going head-on.

The Avengers have struck at Utopia, the word has gone out to the world and now Cap and Iron Man are under fire for their project gone awry. The world is watching, Hope is running loose, the Phoenix Force is charging toward Earth and Logan has his suspicions about the whole aftermath. Given all the filler last week it was hard to say what to expect this time but it seems to be rolling along without a hitch, fans of the series will see some huge leaps in this third issue of the book moving everyone closer to the bigger picture now that Hope is on the run and everyone on Earth and on other worlds are moving into pursuit.

The cliffhanger is a concentrated one, Captain America is desperate for a win here and he needs to know his team is all on the same page. Unfortunately Logan has proven he has his own agendas when he tried to take out hope so now we see a split within the ranks for this battle. It should be interesting to see how this chase pans out and where Logan ends up during this conflict, is he protecting, capturing our killing Hope in all of this?