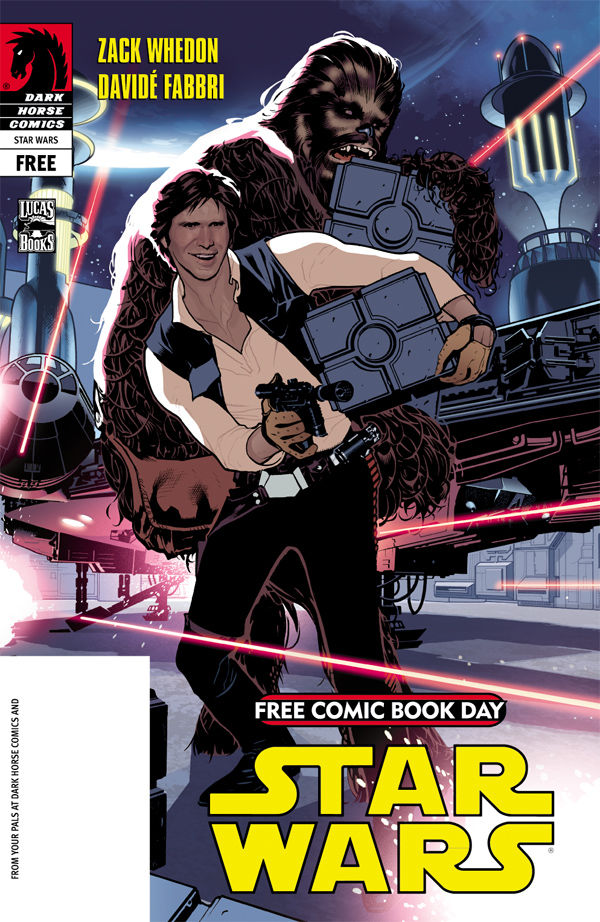 Tomorrow (Saturday, May 5th, 2012) is Free Comic Book Day and Dark Horse is pulling out all the stops. For the rock bottom price of free you can get this awesome Star Wars and Serenity comic. Both of which are written by the amazing Zack Whedon. Two epic space stories in one comic, could it get any better? 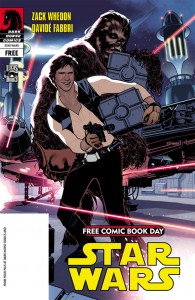 Captain Tightpants is in a predicament. They seem to follow him wherever he goes. This one however is not his fault. Even though this issue is short, it manages to embody everything we love about Firefly/Serenity. A bad guy wants Serenity, Mal states that under no circumstances will this happen, but unfortunately for Mal the bad guy has other plans. Enter River, some serious ass kicking and you’ve got yourself a winner. This is a must have for fans and with it being free there is no goram reason to not get it!

We also have a story of Han and Chewbacca on a one-off trip in the galaxy.

Star Wars: The Art of The Bad Deal

The legendary duo pair up for fans in this special freebie. It’s a short sweet bit of what Han is always about, the score and knowing how and when to play a bluff. In his latest deal he proves that sketchy jobs are just part of the fun in space and no one messes with his ship. It’s a fun issue but you do get the feeling that spending so many years in space in this environment might cause some hard friction between people. We see a bit of that shine through in how Chewie and Han engage through the pages and see it’s almost like an old couple bickering over each dispute that pops up.

As a freebie it’s a great treat that can apply to all ages, Chewie fans will no doubt enjoy how much panel time he gets throughout the story and the action scenes that pair with him. Grab it while you can tomorrow even if you’re only a mild fan of these books.