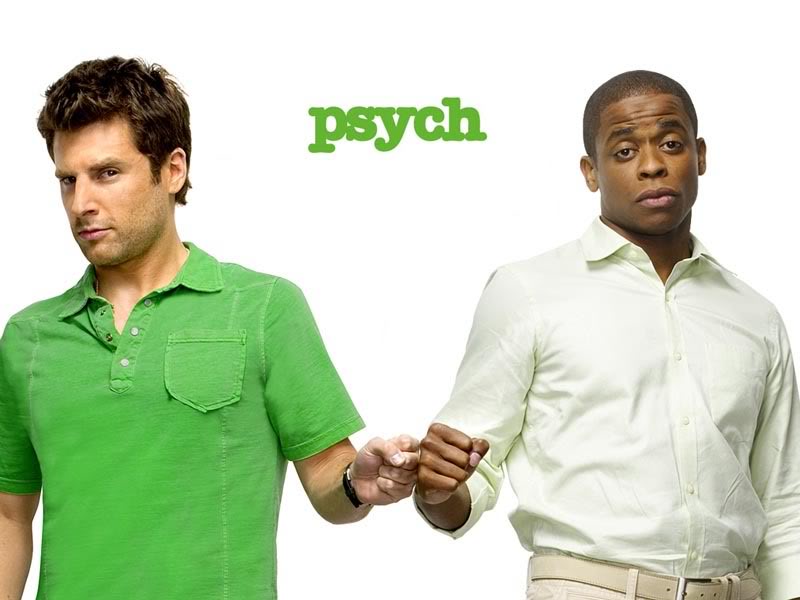 June 22, 2012 – USA, which is currently dominating summer’s television landscape with a record number of original hits, returns to Comic-Con® for the fourth year in a row with its critically acclaimed fan favorite hit series PSYCH.  The USA panel will take place as Comic-Con kicks off on Thursday, July 12.

PSYCH, USA’s longest running hit series currently on air, will feature a panel along with additional surprises for their loyal Comic Con fan base.  As in previous years – guests such as Tears For Fears’ Curt Smith, a performance by The Friendly Indians singing the show’s theme song “I Know, You Know,” and a hilarious shout-out from William Shatner — PSYCH will not disappoint the thousands of ‘PSYCH-Os’ who will fill the ballroom, as there will be plenty of hijinks planned for the panel.  The entire main cast will be on stage, including James Roday, who stars as Shawn Spencer, solving crimes for the Santa Barbara police department in his own special way; Dulé Hill who co-stars as Shawn’s best friend and reluctant sidekick Gus; Corbin Bernsen as Shawn’s disapproving father Henry; and Maggie Lawson and Timothy Omundson who play the police detectives O’Hara and Lassiter who unwillingly rely on Shawn’s psychic skills, along with the police chief Vick played by Kirsten Nelson.  Joining the panel will be creator and executive producer Steve Franks and executive producers Chris Henze and Kelly Kulchak.

The #1 network in all of basic cable, USA Network is seen in 115 million U.S. homes.  USA is a leader in scripted programming with a powerful stable of originals including POLITICAL ANIMALS, SUITS, NECESSARY ROUGHNESS, WHITE COLLAR, ROYAL PAINS, BURN NOTICE, PSYCH, COVERT AFFAIRS, COMMON LAW and FAIRLY LEGAL.  The network offers 52 weeks of spectacular live television with WWE MONDAY NIGHT RAW and is home to the best in blockbuster theatrical films, a broad portfolio of acquired series and entertainment events.  A trailblazer in digital innovation and storytelling, USA is defining, driving and setting the industry standard for Social TV. USA is a program service of NBCUniversal Cable Entertainment, a division of NBCUniversal.