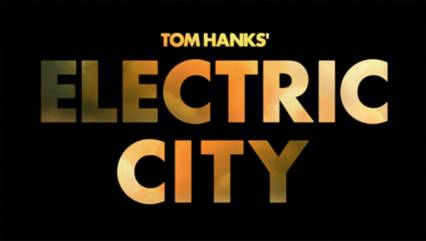 “Electric City” features a multi-talented cast that includes the voices of Tom Hanks, Jeanne Tripplehorn (“Big Love,” “Grey Gardens”), Holland Taylor (“Two and a Half Men”),Ginnifer Goodwin (WALK THE LINE, A SINGLE MAN, HE’S JUST NOT THAT INTO YOU), Jason Antoon, Chris Parnell, Paul Scheer, June Diane Raphael and Georg Stanford Brown among many others. The series, produced in partnership with Playtone and Reliance Entertainment, was created by Tom Hanks and executive produced by Gary Goetzman and Amitabh Jhunjhunwala, Vice Chairman Reliance Entertainment Group.