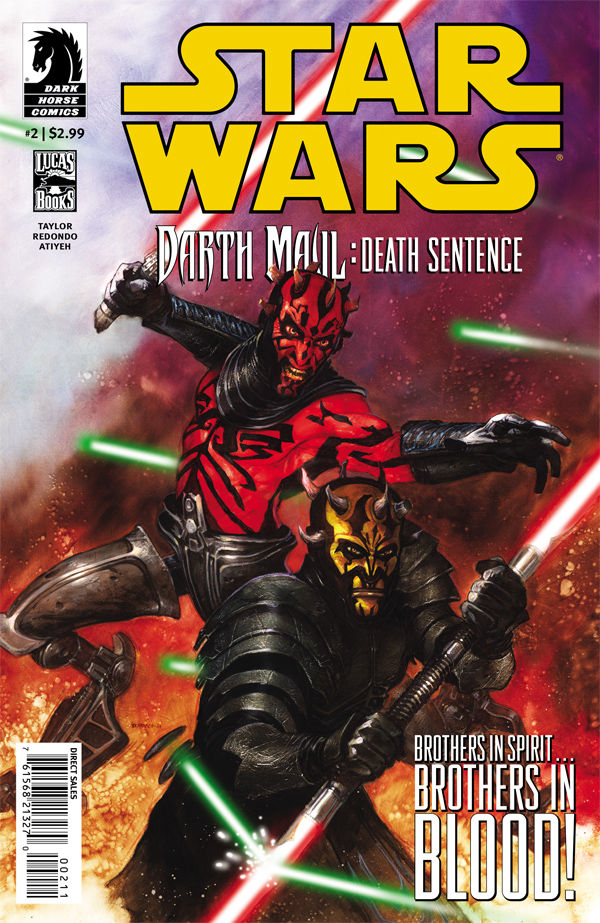 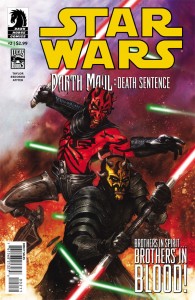 Ja’Boag places a bounty on Savage Opress and Darth Maul as they hide in the darkness, the result was rougher than he could have anticipated as the hunters took a heavy beating and Darth Maul decided to take the fight directly to the mining company owner. The reasoning behind Ja’Boag’s decision is still in the air but it’s clear he didn’t anticipate the mass destruction that both of these bring into his mine.

Issue 2 takes off with the Jedi arriving just in time to save him from a toasty funeral, the mine has been damaged extensively and Darth Maul and Savage Opress are just getting started on the small army that Ja’Boag attempted to recruit to save him. To say things get ugly is an understatement, fire and fury pour while locals watch from a distance to see retribution striking down at Ja’Boag’s greed.

Back inside, It doesn’t take long for the Jedi to jump into the fray as soldiers start turning into voodoo dolls and losing heads. Honestly, if you thought Star Wars couldn’t get violent, you really need to check these issues out as Darth Maul takes the shock value to the next level with his rage streak. The violence breaks when things get tense and we see a new layer of development begin within the story as the locals come into the picture and expand upon the importance of the Suns and this planet.

With that we have to wait until issue 3 to find out what twist will come next. The thing I tend to hate about these stories is the shortness, I understand they’re under a crunch but we’re 50% done with this story arc and it’s frankly turning into something magical, the Jedi just arrived on the scene and the first confrontation  wrapped and here we are with only 2 issues for it all to close up. Taylor and Redondo continue to nail the movement of the story although I do have to commend Redondo for making some of those fatal attacks so subtle in the pace of each panel. Really, Savage and Maul are brutal people but I’m looking forward to how this continues to develop.