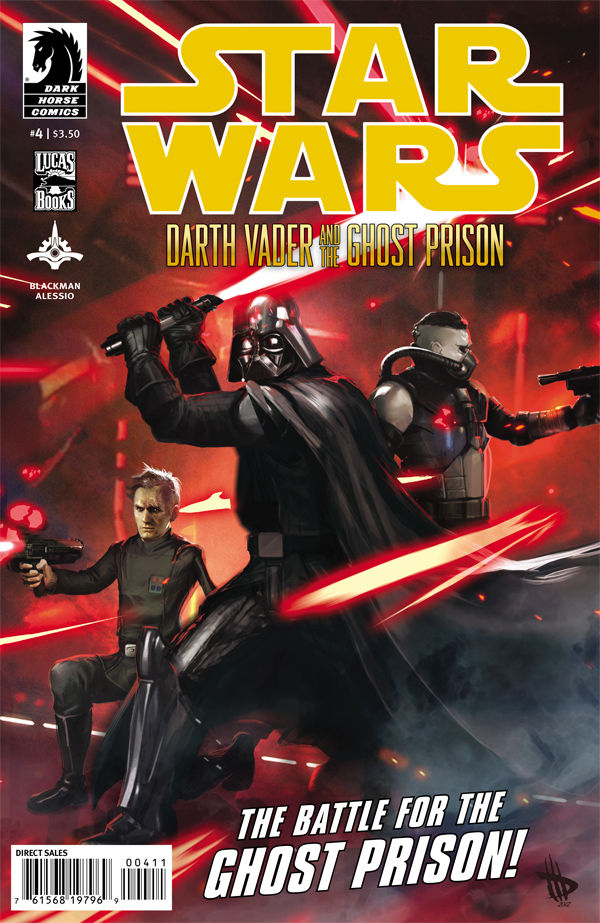 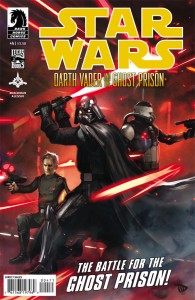 We haven’t covered the Ghost Prison on Bamfas yet, but it is in contention for being one of the better Star Wars releases of the year, taking a traditional approach in art, story and focusing on Vader puts it in our top considerations for the year. We join up in issue 4 with Vader on the Prism in the midst of all out chaos. Rioters battling away not only for a chance to live but for their pursuit of power, it is a demonstration of complete violence and Vader stands at the top of the pile, putting down anyone who dares oppose him.

While Gentis prepares himself to take his spot as head of the Empire we see that Vader, Trachta and Tohm are getting ready to move after their arena challenge reaches completion and the winners board up. New faces come into the story and while that seems like a given after a mass recruitment it’s only a strong 2 that really make impressions not only on Vader and the crew but on the reader as well. Not only does the payback for the attack on the Emperor seem to be well on the way but it could prove to be a mass obliteration of those in Vader’s path.

Personally I enjoy that most of this has been a character exploration just as much as it has been about action and the unknown. Haden Blackman paints unique narratives that give a sense of danger and struggle, and also these same narratives show how unwavering Vader is at all times as an absolute power. His view on recruitment and personal slaying of anyone who dares step into his arena are signs of how intense he really is especially with the Emperor in recovery.

Agustin Alessio compliments the issue with illustrative work that shines through, while some issues in the series go for a painting impression, we don’t see that. Each panel is incredibly detailed and bold in line usage, expressions run wild and gestures help tell the story that words cannot. Seeing survivors torn apart and barely holding together trying to plea for mercy, it gets in-depth for emotion to say the least and the duo manage to drive the story while feeding off each others creative energy.

Issue 5 is just around the corner, those who haven’t caught this series should really give it a shot, I can say it’s well worth the investment if you want some classic Star Wars drama and Vader showing his cold iron fist.