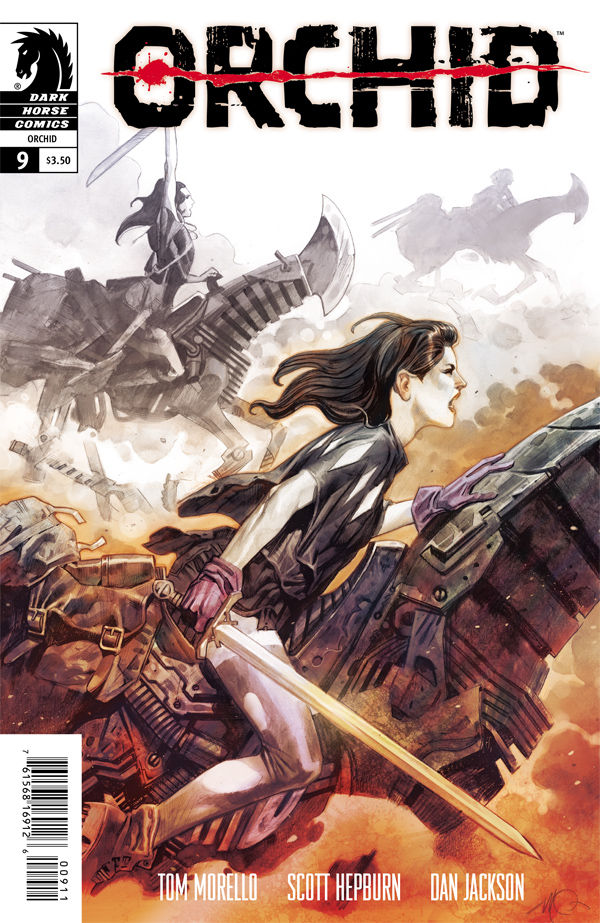 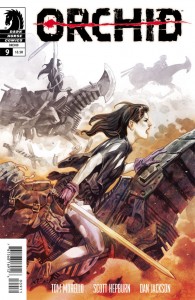 Orchid, who has found strength through herself and strength through General China’s mask has rallied the poor and downtrodden to form an angry, badass army who refuses to sit idly by and allow evil dictator Tomo Wolfe to continue his calculated and inhumane exploitation of them. As the battle of all battles is about to take place, Wolfe is in search of Barrabas, who unbeknownst to Wolfe, witnessed the death of an animal by Wolfe’s command. This was the one and only stipulation that Barrabas had when he agreed to work by Wolfe’s side and I can’t wait for the fallout from Wolfe’s misstep. Meanwhile, Orchid and her (ever-growing) band of misfits get the jump on the first wave of Wolfe’s genocide army proving that a surprise attack was nothing the mindless minions were ready for. An extra treat in this issue comes in the form of the mask’s back story. We learn how it came to be, why it’s so powerful and why only certain people can wear it without being torn apart! Will Orchid and her crew make it to Wolfe and unleash justice upon him or will the bridge people be obliterated before they are able to do anything?

Wow! The story of the mask, freedom fighters, a bunch of wrongs being righted, the poor uniting and fighting back, what doesn’t Orchid have? This issue does a great job building up the tension of the upcoming war and rousing anticipation for the little guy. We also get to see a bunch of the mutated animals drawn with perfection by Scott Hepburn. The awesome feeling of unification and hope this issue arouses is astounding. Yet again, Tom Morello’s writing is on point and just simply amazing. Like every other issue in this series, this one is perfection. It is a great addition to the continuing story and I am SO excited to see what happens next!