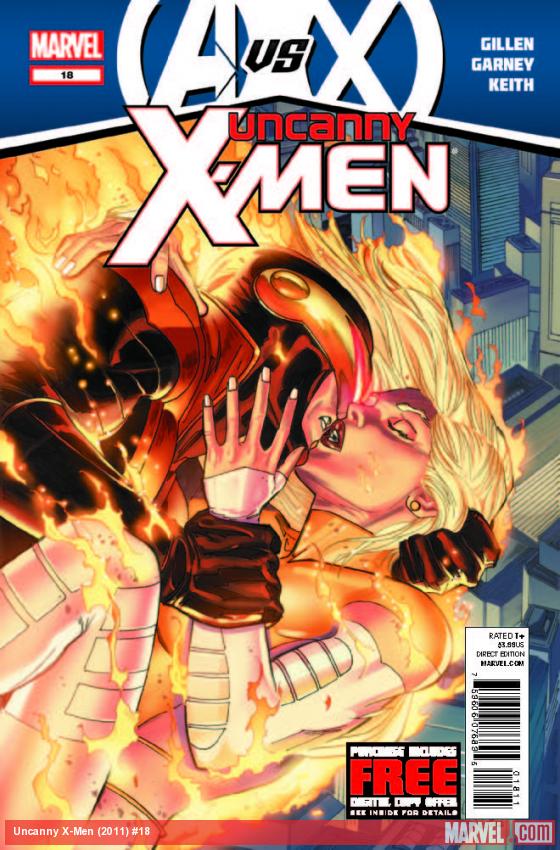 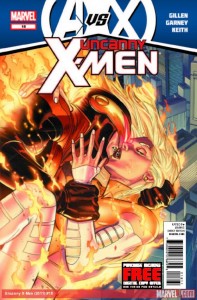 Heads up, if you haven’t read AVX #11 this is going to be a massive spoiler situation. That said, I warned you guys.

Kate Kiloare of Superhuman P.R. fame stands alone, everything shattered, broken and wrecked. Standing at the highest point of the escalation and doing damage control to the human population to explain the insane situations revolving around the Earth and Utopia she now looks at shattered remains. This really helps setup where this has all been going, promise of a new life, a new world, peace and prosperity and yet all that’s really here is war and hell and a massive floating island that looks majestic.

You can’t spin a positive twist on the Phoenix losing its last restraints and going supernova. Try as one might this is heavy. We see final encounters between the Phoenix Duo and key mutants but given the control imbalance there’s going to be a lot of resistance no matter who talks to them. We also see some fallout with Colossus and Magik, unfortunately for Colossus his desire to protect and save Magik has bitten him in the rear. This whole arc with Cyttorak explodes in his face and she reveals her being condemned in the past was likely one of those moves that shouldn’t have been turned over. Unfortunately with no one around and all eyes on the Phoenix she’s unchecked for now.

The madness continues back to AVX #11 influenced panels and we have a look inside the elegance of chaos, the two Phoenix force combatants locked in their own minds as they slug it out and blast their way through a united front. The tension growing, the frustrations developing and then… it comes.

For those hoping to see a really solid side issue to compliment the ongoing AVX story, Uncanny X-Men 18 is a solid bet. It details the attempts for a resolution, the inner thinking before the final tide changes and how Colossus just got screwed out of his mind. Hat’s off to Gillen and Garney for that intense moment, it was probably one of the biggest punches in the issue.