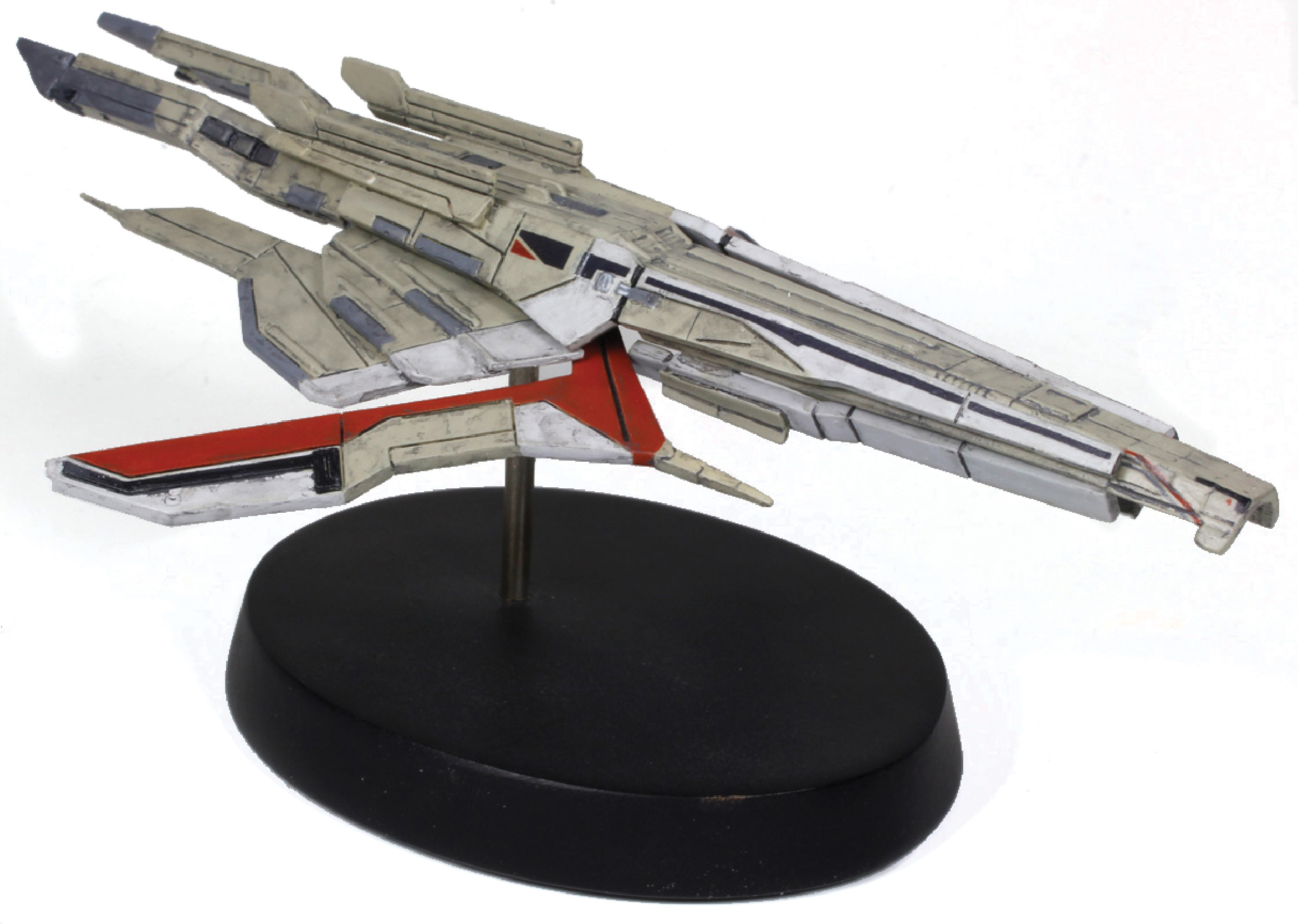 One of the cornerstones of both Dark Horse’s publishing and product line in recent years, has been the massive video game franchise, Mass Effect.

To date, Dark Horse Deluxe has released four different ships, as well as limited edition variant, and high end editions. Up next is the Turian cruiser, which bears some slight resemblance to the Normandy, due to the cooperative effort between the Turians and the human race in the Alliance ship’s construction. This race in Mass Effect, are members of the Citadel Council, well known for their military role, and their contribution of starships to the Citadel Fleet.

“We have been overwhelmed by the support gamers have given our Mass Effect ship replica series,” Dark Horse’s David Scroggy remarked, ” and look forward to continuing the line with this latest release. We have been working directly with the Mass Effect game design team, interfacing with them to obtain the exact 3D design specs that ensure accuracy of detail.”

Each Turian Cruiser Replica package will contain an insert card, with a unique code, that will enhance the Mass Effect game experience for individual consumers.

For an additional sneak peak, check out the exclusive on Kotaku!

Look for this exciting new release in Diamond’s Previews catalog shortly, with a release date set for November 6, with a retail price tag of $34.99! 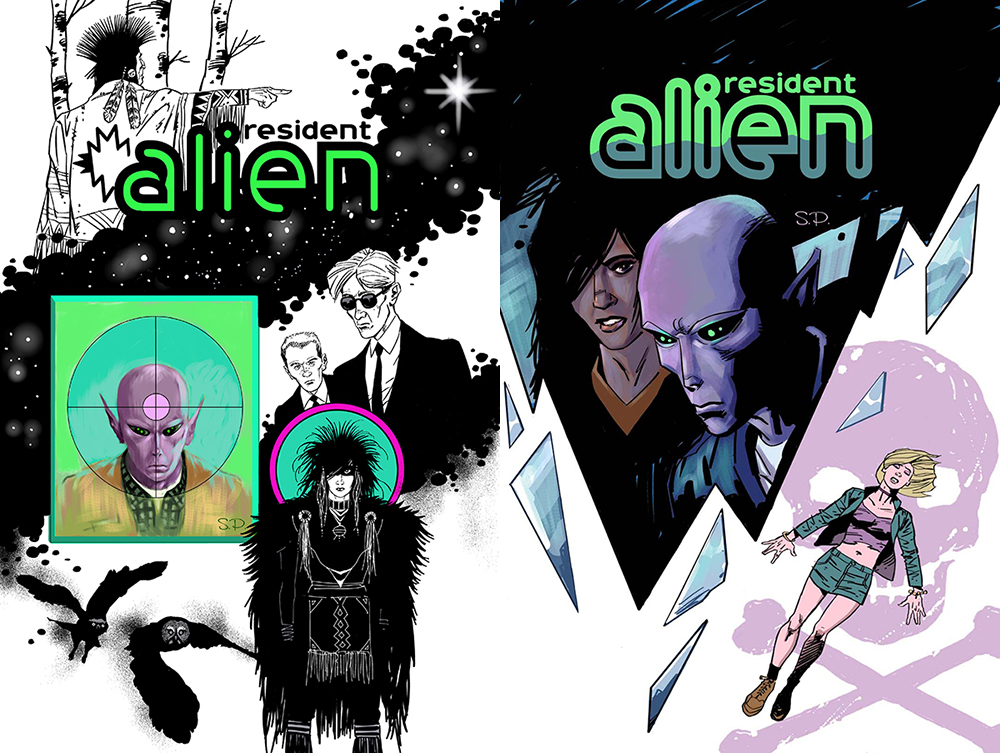 RESIDENT ALIEN: THE DOCTOR IS BACK!

Peter Hogan and Steve Parkhouse return with their critically acclaimed story of an alien hero named Harry in an epic second series beginning this summer!

Beginning with a #0 issue, this four-issue miniseries takes you deep inside another murder mystery alongside comic’s favorite medical detective.

A straightforward suicide . . . or a murder? At first, undercover alien Dr. Harry Vanderspeigle thinks the local police have this death solved, and then things get personal when one of his only human friends becomes a suspect. Also: The feds figure out that Harry’s hiding in the Pacific Northwest!

Praise for Resident Alien:
“This is an amateur sleuth story like you’ve never seen before and is not to be missed by fans of crime comics.”—Newsarama

“The ultimate stranger, the classic town, Resident Alien takes an old premise a step further and lays the groundwork for a potentially great piece of literature.”—Comics Bulletin

“This is one of those great creative pairings: Hogan and Parkhouse are in sync on Resident Alien and the reader gets to reap the reward of their hard work.”—Comicosity

“I hope that people are checking it out so that it can possibly go on; the premise and the world built are massive. The alien craze of the ’90s may be over, but books like this can easily rejuvenate people’s interest.”—Comic Bastards

Resident Alien: The Suicide Blonde #0 is on shelves August 18th!