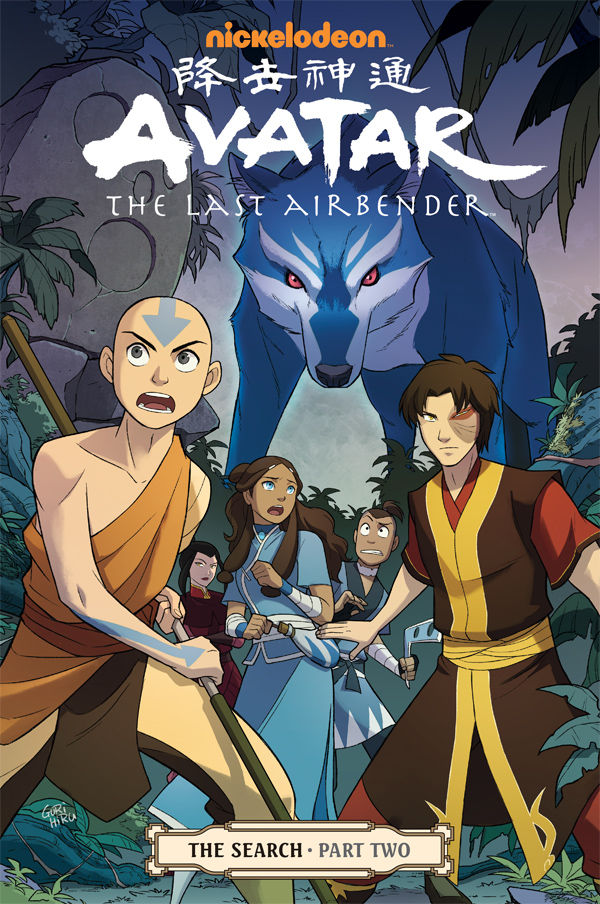 In Avatar: The Last Airbender – The Search Part 1, we found out two things, the first begin that Zuko and Azula’s mother is alive somewhere in hiding, and the last being Zuko is not the true son of Fire Lord Ozai.

This issue gives us a lot of insight of what really happened to Ursa, and what caused her to leave Zuko and Azula behind. We also see Azula mentally breakdown more and more throughout the story and how it is effecting the groups safety.

With some much info being revealed in this book I choose to break down this review into in 2 two half’s 1-40 and then 40-end. In the first half of the book Azula’s inner turmoil is causing her to rage out against the others as she feels that her mother is the one pulling the strings at one point she gets into a little shuffle with Zuko which is quickly put to rest.We also find out that Fire Lord Azula sent an assassin to kill Ursa true love and Zuko’s real father Ikem. uncomfortable with Zuko ‘s decision of  wanting to find out what really happened to his mother and father, he lashes out towards Zuko about it telling him that the people of the fire nation don’t just bow to him but to his ideals of love & peace and that if he’s not the Fire Lord the dream of Love &  Peace will fail. During the first half we find out by a man Noren that Ursa and Ikem where actors in a popular play, before she met Ozai and that she was basically forced into marring him. Noren and his wife Noriko also tell how Ursa came back years later looking for Ikem but found out that he had vanished in to the dangerous Forgetful Valley. After hearing the story Zuko and the group now head towards the Forgetful Valley in hopes of finding his mother who he assumes has also travel to the Forgetful Valley. A flashback shows Ursa confronting Ozai about his plans of taking Zuko’s life along with the deal she made to keep him safe.

The second half of the book Aang, Zuko,Azula, Katara and Sokka are traveling through the forgetful Valley and meet many creatures to one which one of them catches Aangs eye, Once again Azula displays her insanity by attacking the group thinking her mother is setting her up. After Azula is again put down by Zuko the group run into Misu and her brother Rafa who live in the forest, Misu explains how they were looking a way to cure her brother who is trapped between life and death, while researching she found that the Forgetful Valley has a spiritual being capable of curing him. The Story ends with Aang going into his avatar state and confronting the sprite who is called “The mother of All Faces”.

Gene Luen Yang, Michael Dante DiMartino and Bryan Konietzko gave us once again another great piece of reading in this book, everything fans have had question for has been answer in this installment, the pacing is contestant and goes hand in hand with the Illustration work of artist Gurihiru masterful panels make the flow of the book smooth and easy to follow his work is always grade A level. Like I said before writing is great I especially like the scenes with Azula  the quality of the work in my opinion is shown during these times, the way  its written and the way Gurihiru illustrates it is wonderful you can see the insanity in her eyes and dialog at those moments it keeps you wanting to see more of her.