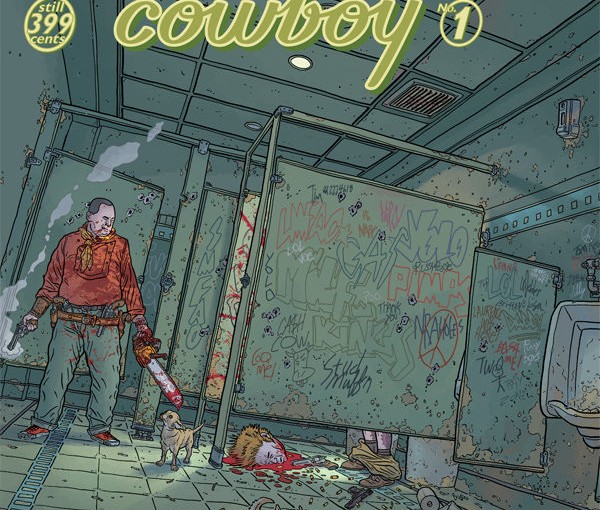 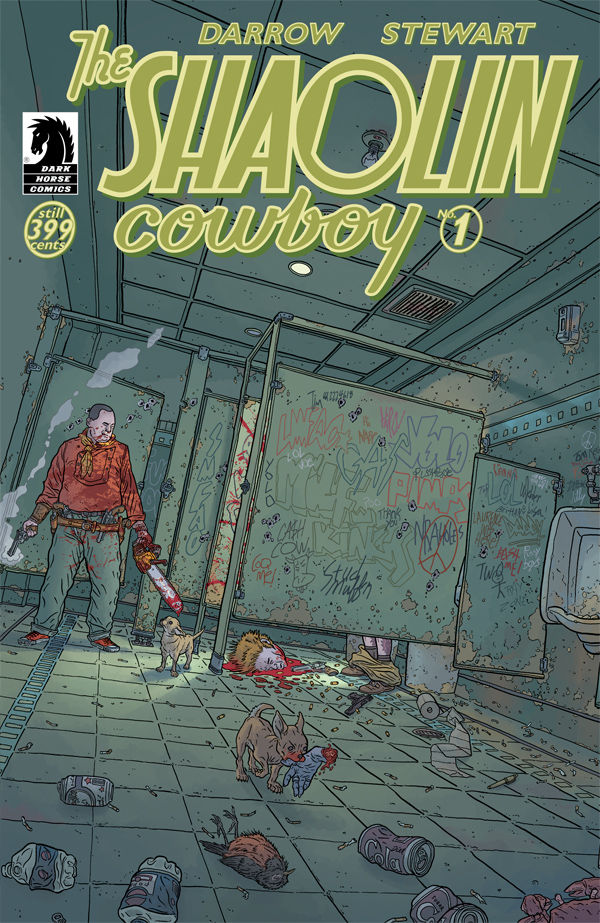 Writer/Artist Geof Darrow is back with an a new all-new story. Shaolin Cowboy is back and filed with action, action, action!. For all of you who has never read any of the pass Shaolin Cowboy Comic’s, it’s about a shaolin monk that wanders the land after being ask’s to leave the Shaolin temple. And like the past Comic Shaolin Cowboy #1 tells the same story but only in a different scenario. The first half of the issue back tracks on what happened many years ago, kudos to Darrow for reiterating some back story for new readers to get a feel for what’s going on now, the one down fall of this issue is that its’s 90% illustration, so if you’re not into comics featuring more illustration then disposition then this may be a problem for you.

As for me I though the artwork was the best part for the most part, Geof Darrow style features heavily detail panels, especially during action sequences, he details every single thing in each panel which I found impressive, the down fall for that is some panels look alittle too detailed, for example in the first 3 pages, where we see the monk walking in the dessert mountain side, the mountains in the background are way too detail, and I felt Darrow didn’t have to do so.

The writing is lacking in this issue only because Darrow decided to tell the story through Illustration, so there’s little to no explanation to who and why of the world. So the reader will have a hard time figuring out what’s going down, but there’s still some funny moments, one of them  involving some stoners.

Despite the lack of any explanation on whats going on the issue still has a nice steady flow to it, this should be able to keep readers attention until the next issue is released