Review – Conan and the People of the Black Circle #1 – BAMFAS 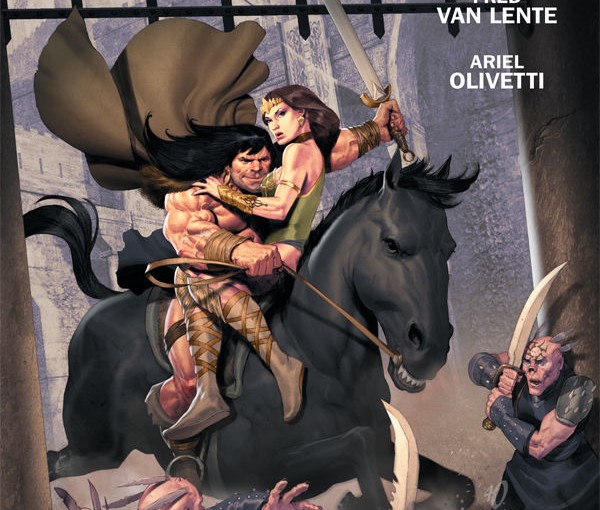 Dark Horse has been on a roll as of late with the Conan franchise, each arc being better than the last. In comes new comer Fred Van Lente (Brain Boy), looking to continue the series high quality story arcs. The people of the Black Circle is Van Lente’s retelling of Robert E. Howard original story.

Fred Van Lente spends most of this issue building up the plot of this arc, so as far as action is concerned, there’s nothing going on, but as for the dialogue and the characters there are a lot of things here. We get a introducing of a few characters who look to be a major factor throughout this arc, because of this the issue is very engaging, for the simple fact that there’s a lot going on.

Artist Ariel Olivetti (Brain Boy) artwork is great for the most part although there are times where the characters look a little too stiff in some panels, but that shouldn’t effect readers at all. In the end Peope of the Black Circle is setting up a be another knock arc for the franchise, I’m anxious  to see if  Fred Van Lente can deliver us another great tale, that alone is what has me wanting the next issue