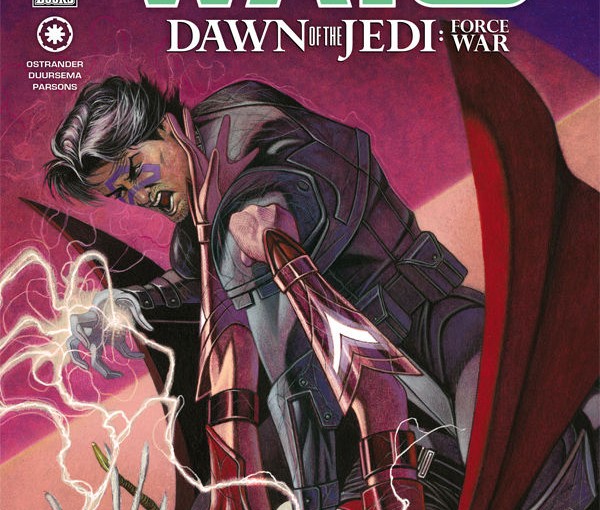 The war between the Je’dii and Rakata is at full its highest, both

forces are pushing for power in the war. This issue we find out two major things, one being more important to the overall story. The first one is that Xesh name isn’t really his name, but is his slave name given to him; his real name is Tau which means soul in his native language. We get to see Xesh and shae koda become closer to one another, with shae Koda confessing her love for Xesh. I find this relationship between these two to be interesting when Koda tells Xesh she loves him Xesh tells her that love is some he’s never experienced due to being a Force Hound, express that he to has feeling for her but doesn’t know if its love.

In the first issue we find out that the je’dii have a traitor amongst them, and in this issue its finally revealed, and its je’dii member Trill. She informs the Rakata of the Je’dii’s plan to attack their main command center, with Trill’s help Rakata master Skal’nas devise a plan to sabotage the Je’dii when they attack.

When Daegen Lok, Sek’nos Rath and the other Je’dii’s attack the command center, they are ambushed by the Rakata soilders, which leads to Daegen Lok being taken down. The issue ends with Trill leading Xesh to a underground complex where other Je’dii have been captured and put into capsules. Xesh states that if they don’t stop the Rakata all Je’dii will share this fate; Trill replies saying it will be and attacks Xesh form behind using force lighting.

Star Wars: Dawn Of the Jedi Force War #2 has good action sequences once again which it’s safe to say will be a constant throughout this story. While some may say that there is a little too much meaning less dialog at times, Ostrander does a wonderful job with bring out each characters personalities , given the reader the chance to get to know the characters.

The artwork like I stated before is great in my opinion, Jan Duursema  has some of the most consistent artwork a heavily action base comic and reader can get, Some comics that features a ton of fight scenes usually starts to lose consistency , So far Duursema doesn’t have that problem. 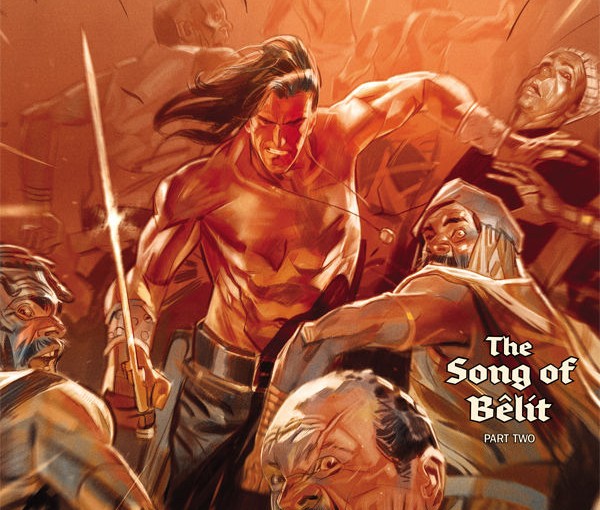 I’ve read that this issue is one the most talked about issue ever, and I

have to agree with whoever said that statement. The Song of Belit is dark and has one of the most surprising endings I’ve seen thus far. Brian Woods lays it all on the line in this issue, for the beginning to the end there’s a sense of danger throughout the entire issue, unlike the past arcs there isn’t a happy ending if fact it’s one the most unexpected comic conclusions I’ve read in a while.

In the beginning we get a back story of sorts about the inhabitants of the black kingdom ,we see that as the land change so did the creatures that lived there, the climate changes forced species to evolve as time went by.  Form there we see Conan trapped in the vines of the Black Lotus, But he escapes and starts to look for N’Gora who seems to be missing, Conan then finds the weapons of his crew, but also notices that someone is watching him, to his surprise it was N’gora who is under some kind of spell,  and  tries to take Conan’s life. During their fight Conan feels uneasy about the bout and is trying to beak whatever spell that has been cast on N’gora, but it cannot be done, so Conan is forced to take n’gora’s life. After burying N’Gora, Conan beginnings to look for Belit, so races back to the ship to see if she and the other mates have gone back.  This part is interesting we see Conan panic alittle bit after funning the corpse of all the crew men.

When Conan finally reaches the ship, you can see that it’s been attacked the Head and mainsails have been broken, Conan reluctantly walks to his and Belit’s chambers. We that the doors are slightly open and in front lay what looks like a flatten red blossom peddle, When Conan opens the door we see Belit hanging form a rope.

Final thoughts: This issue left me feeling bad for Conan, he a Belit endured so much with each other, and devoted there life’s to one another, it truly look as if the two would have a happily ever after, but to then see it shattered at the end was unexpected, I knew it would end sooner or later, but I didn’t expected it to end like it did. I also really enjoyed the darkness of this arc and issue form the jump you knew something was going too happened, you just didn’t know what exactly. And that’s one aspect of the issue I liked a lot.  What else can be said, Brian Woods is on a roll. I will continue to read is run