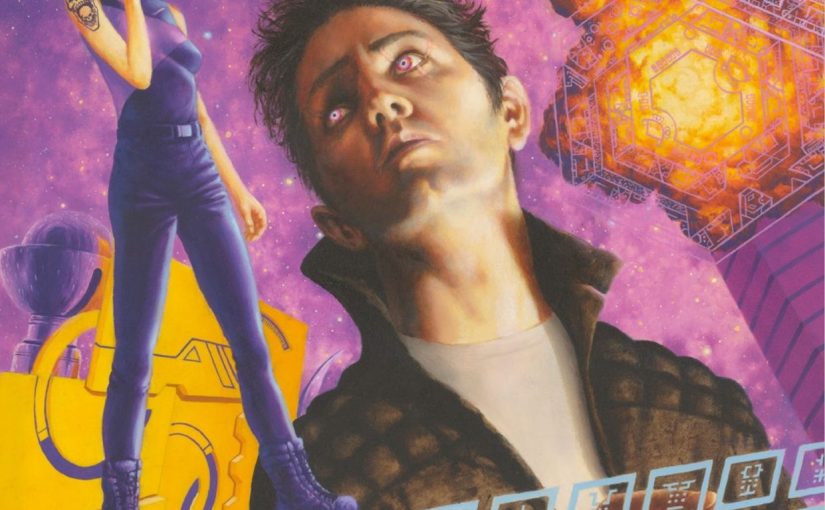 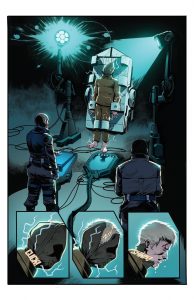 A Terraformed world gone mad, sounds like another day in the dark voids of sci-fi storytelling… or is it? Liberty: Deception drops readers into the shoes of Tertulius Justus, a figure with a uniquely manufactured past that lives in the hearts of the citizens of Atrius.

While Justus doesn’t get a common introduction, his life and reputation are anything but that. Combat Medic and Senior Investigator for the Bureau, Justus takes on the worst of the bunch that want to harm Atrius. Unfortunately, his legend is built on a government propaganda machine that seeks to create new heroes on the front lines that aren’t actually on the front lines at all. Kind of complex but so is Liberty.

Volume 1 throws readers into the depths of Atrius, well within their prison system we find the darkest of offenders or at least it once seemed that way. The story fills with confusion and some levels of deception, soon the story starts to come together through a series of flashbacks to quickly build depth to the story and get a better understanding of Justus and his place in the world. Given the reach of the story there are few if any slow moments through the first issue, pacing keeps readers guessing what comes next and where Justus is going with such a troubled situation. 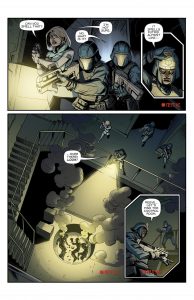 The issues that follow in the volume continue with character introductions, back story and development so the cast doesn’t feel like a handful of fodder thrown in for cheap drama. Consideration flows through every page to highlight the struggle, the character flaws in their core and physically while bringing together a perfect storm as Justus comes into his own. Readers also learn how those overseeing Atrius have painted a twisted narrative and hold their own vanity in such high regard they’d sacrifice anything to retain it. Enemies of the empire are painted in mutant form, alien from anything they’d know as a complete misrepresentation, the mass manipulation of the media runs so strong the citizens blindly trust anything that comes to their lap.

Unfortunately, there’s a large cliffhanger with Volume 1, while tons of work has gone into the project and talent came from around the world to make it happen, there’s a desire for more and one has to worry when the next bit will come. The story has supplements running in other mediums but with the artistic quality and stylization directing the narrative, it’s hard to just swap mediums and take in the same energy.

One of the biggest things to take away from Liberty: Deception is how refined the read is and how familiar or comfortable it feels even though it’s a completely different piece from what’s come before it. The action, dialogue, and sequences are all well executed and illustrated to tell just the right tension, emotion and direct the narrative along. Given the size of the group behind the project and the distance between everyone, the result shows a remarkable level of consistency throughout. The Liberty: Deception team does note the challenges they had to face but it really did create a much stronger product once it was all said and done. For those looking to explore beyond the everyday book, Liberty: Deception presents an interesting cyberpunk, dystopian future full of twists, turns and of course, deception.