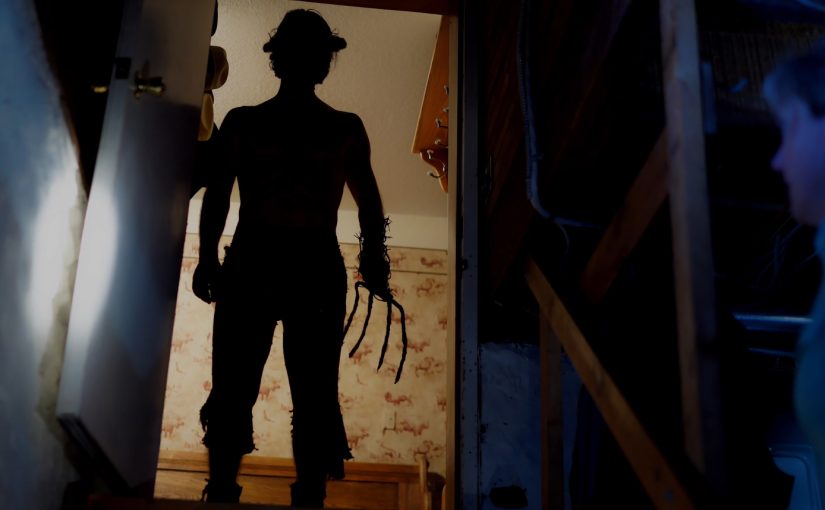 Horror is a touchy genre, so much focus on visuals, shock and awe leave viewers almost always expecting something to pop out right at them all the time, with such a high level of anticipation it’s interesting when films play around with the inner workings to deliver something out of the norm. Pitchfork follows a group of carefree college kids as one of their friends faces their parents after coming out to them.

There’s a mix of favorability within the cast, people pulling dirty deeds on each other and generating a sense of wonder on who falls prey first to this beast of the night. Most of the cast are blissfully ignorant of the troubles lurking on the farm, throwing a farm rave of sorts while everything goes down. Oddly enough Pitchfork runs with a long lead into the damage and even when it goes down it’s not a rapid-fire affair, instead, it’s methodical and downright cruel in some delivery but it’s what helps shape the experience.

Pitchfork uses the classic teen slasher experience and twists it around while also dousing the story with a blast of psychological shock on top of all else, it’s what helps define the movie as the events layer into a bloody mess. I can’t say I completely expected the twists and turns the movie took and efforts it made to defy classic staples of horror movies in the mainstream. It’s campy and violent while carrying disturbing twists which grab curious fans from across the spectrum.

While I came into Pitchfork expecting bodies to start dropping in typical fashion, it was anything but that. The film develops its own pacing and general structure that leaves viewers waiting for what lands next.