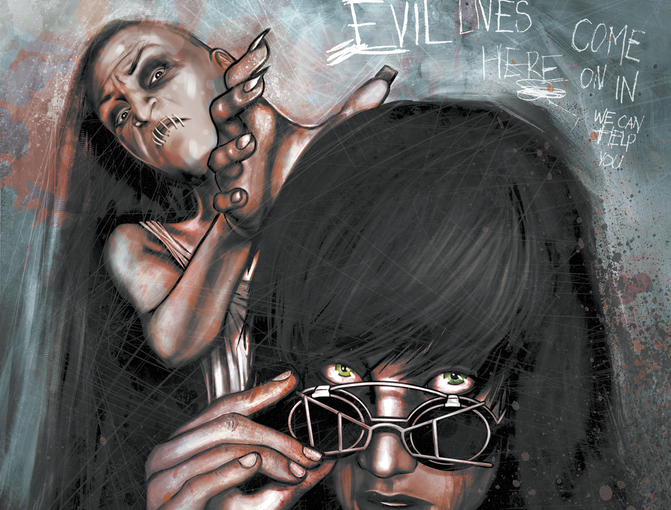 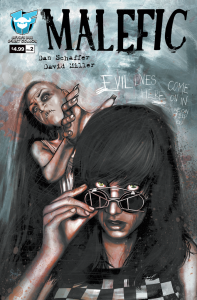 Malefic left readers off with a bit of trauma, our dear new Doctor Freust took a walk into the supernatural, viewing largely that which could not be unseen. After a brief encounter with Inmate Eleven, things went south in a hurry. Issue 2 picks up from there as our dear doctor takes another stab at life in the throne atop a madhouse.

We see relationships develop along with the staff and some new faces step into the scene, notably the introduction of Eric who plays tour guide into the facility as new inmates are interviewed during these rounds. Doctor Freust does her best to balance the reality she knows against this new world of powers and insanity. If her best is enough to survive is another story, with inmates that make a lifestyle out of obliterating others it’ll take a mix of that knowledge with a side of madness to stay a step ahead.

The story direction for issue 2 falls into a bit of chaos, Doctor Freust is losing the training wheels and going head-on into what this place is really about. Coming to realize she’ll need to be constantly on her toes and even then coming to terms with the fact that some of these inmates are a million leagues above her at this point. She’s not incompetent but there’s definitely a chip that’s going to do more harm than good with this class of company.

Dan Schaffer brings an eclectic mix of art and story to this second installment, moments, moods, and happenings all fall into sync across the pages as Doctor Freust bounces from confidence to confusion and into the depths of madness. It’s a solid continuation of the first issue, building on that pacing while retaining the mix of thriller and horror storyline.