Can Captain Marvel Overcome the Obstacles Upon Its Fridays Release?…. – BAMFAS 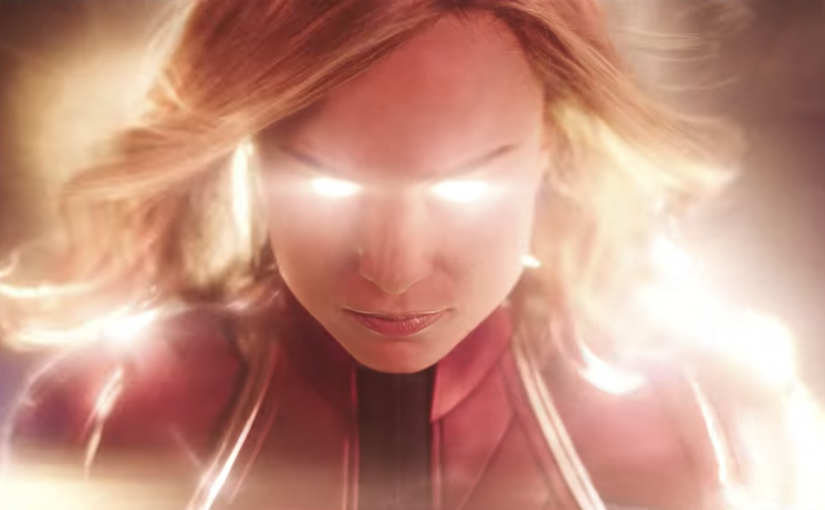 Captain Marvel is in some serious trouble upon its March 8th release, Marvel and Kevin Feige have a big issue to address and that’s Captain Marvels bad reviews form the media. In the world of whatever you say will be held against you in this era, it’s important you are extremely careful of what you say in social media and on camera. The witch hunt in social media is at an all-time high, and everyone is at risk. When Marvel announces Brie Larson as the newest hero in the Marvel’s Cinematic Universe fans were curious to how she would portray the character.

In 2017 Marvel revealed some artwork of what the character was going to look like and fans responded well to it, as months passed on and onset photos were leaked, the hype for Captain Marvels release was starting to pick up. Finally, when the first trailer was debut fan reception was mixed but did receive 100 million views, the second trailer debuted December 3rd, 2018 during Monday Night Football and once again the trailer received mixed review, while the trailer feature more of the plot and characters involved it didn’t show anything special compared to its predecessors, so the hype behind the movie slightly fell and fans begin to express their concerns.

Some controversy has hit Marvel when it’s lead star Brie Larson made a statement about 40-year white dudes. These comments open the flood gates for the witch hunters to attack the studio and the actress, fans started petitions and boycotts towards the actress and the film, they even labeled her a man hater which some translated to white men only due to the initial comment. Even fellow celebrities joined in on the hunt, one popular statement was by actress Mindy Robinson, she released a tweet saying “Instead of seeing Captain Marvel and it’s a man-hating lead actress this weekend, see Alita: Battle Angel instead. It stars a strong female without all the SJW bullsh*t. #alitachallenge”.  A challenge many have jumped aboard, Marvel has been in hot water because of its SJW issues in the Star Wars movies, and fans seem to think Captain Marvel is another way Disney is trying to push the issue. So, with 3 days to go before all eyes are able to see Captain Marvel, Disney and company have some work with its fans. If they continue to let their actors and actresses and directors become loose cannons on social media, trouble will always affect their movies.

While I do think what Brie Larson said was insensitive and uncalled for, the witch hunt on her and the movie is ridiculous, it’s okay to give your opinions and disapproval of what people say, its not right to destroy those same people for saying what he or she has said, we have to get over this somehow. In the end, I know on the 8th I’ll be going to see Captain Marvel because I’m a fan of the character and what Marvel has given us so far,