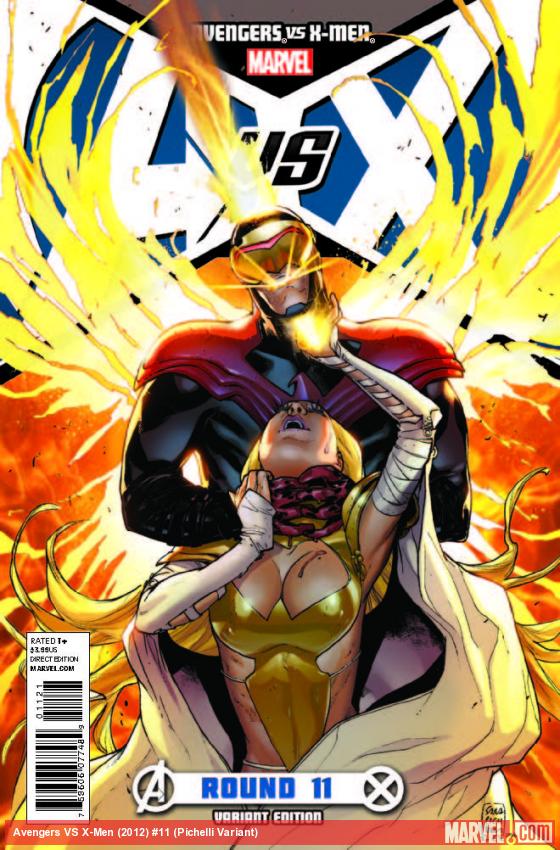 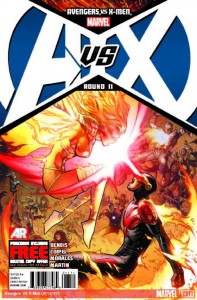 We’re back and I don’t even know where to start, after a 4 week break Marvel comes back with AVX #11 and it’s massive. The force is down to just two hosts and the battle is on to try to tame and control the Phoenix. Unfortunately this is coming toward the end of the series and all the stops have to come out, we have X-Men and Avengers reaching out not just to those hurt but to everyone that ever wanted to protect the planet.

The battle from that point reaches critical mass in a hurry, Scott and Emma are on the verge of insanity as the Phoenix force penetrates their minds and drives their darkest wishes to the surface, tempting fate and the future of the world with every moment. It’s not a good time for visitors when stuff like that goes down and yet Xavier manages to call him out for a chat, unfortunately by chat he meant WWIII for the fate of the universe.

It’s an interesting issue, I love the Avengers speech in the first few pages because it feels like a moment where they’ve come to face reality beyond this is for America or humans or whatever. It’s all or nothing and nothing is looking pretty buffed out right about now, they need all the power and hands they can get on this ship and it’s not going to be an easy ride at all. The Avengers are assembled and the X-Men are finally back as a squad again and they’ve put this lucid dream of a world Utopia to rest in favor of living to see tomorrow. 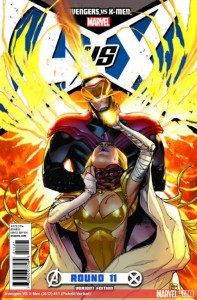 Xavier is charged beyond belief and so are the others, it’s a showdown that will change everything in their world and as we all know, sacrifices have to be made when the Phoenix is around. The only question is, will they be able to live with what happens if this all manages to cool off, given the extremes I really don’t see this just being a slap on the wrist and a hug to make it all better. Expect serious mental trauma when the story closes up soon. 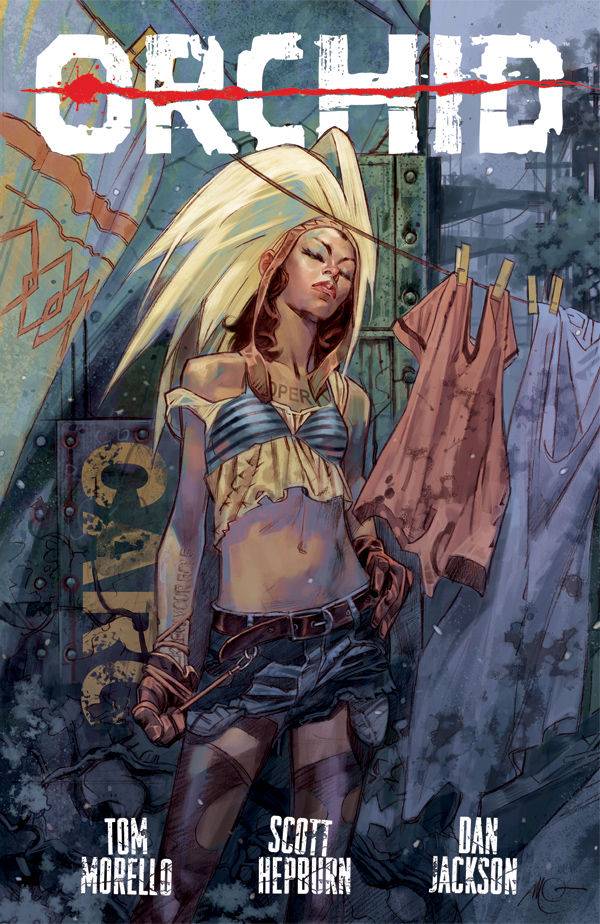 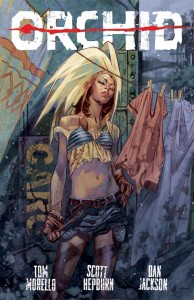 This beautiful hardcover edition of Orchid Volume 1 collects issues 1-4. As an added bonus, Volume 1 also contains all of the codes needed to download the free songs by Tom Morello that originally came with each individual issue. Aside from getting one of the best new comics out there, there is a little piece written by Morello about his inspiration for creating Orchid and a few sketches of some of the main characters (a couple more pages of sketches would have been nice). This hardcover edition is a great way to catch up on this AMAZING series and it really allows you to dive right in and see what you’ve been missing. It was a treat to go back through and reread the story and rediscover Scott Hepburn’s phenomenal art. Whether you are a new or old fan of the series this book is definitely worth picking up! 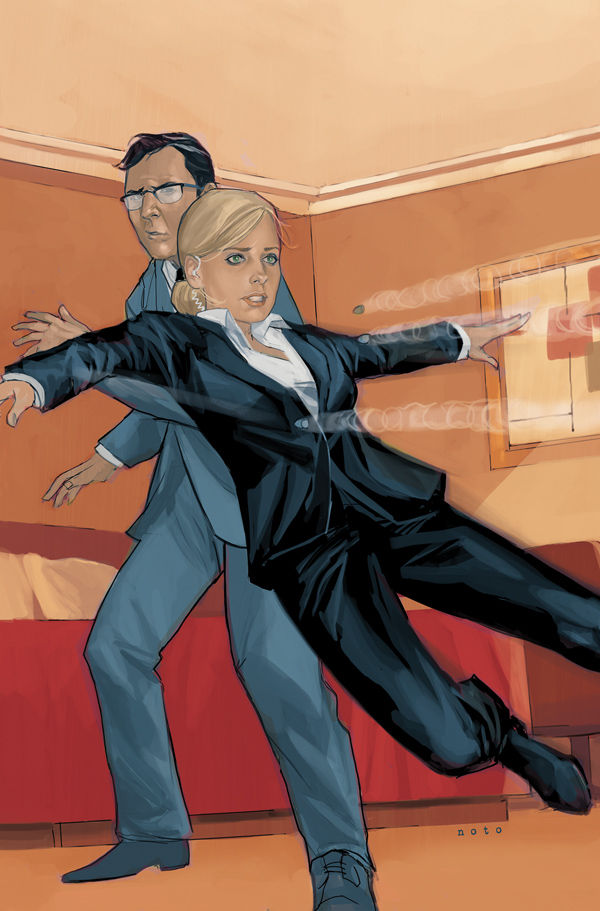 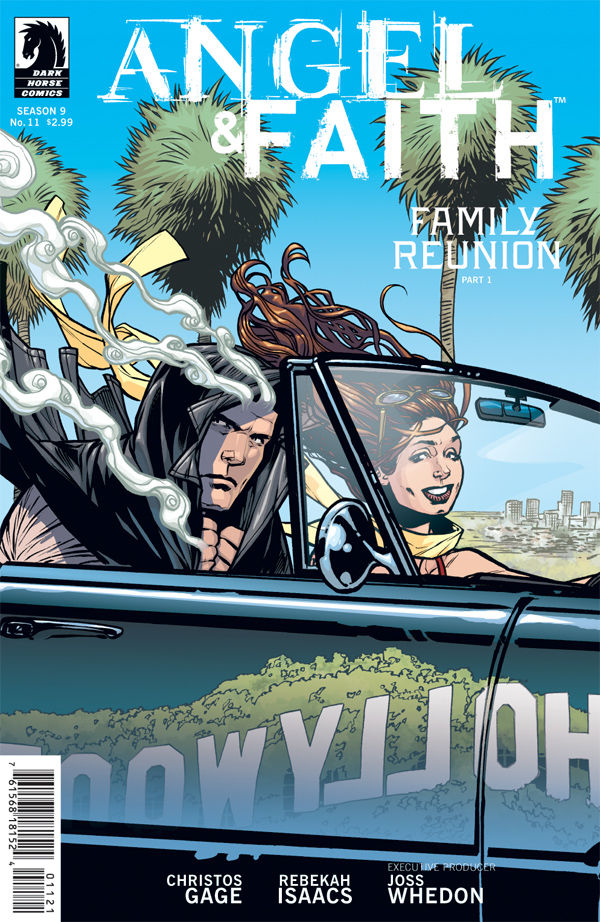 Here’s A sneak peek of AvX #11 Cover! for more info checkout Marvel.com,  AveX#11 will be available this September at your local retailer and through the Marvel Comics app and on the Marvel Digital Comics Store. 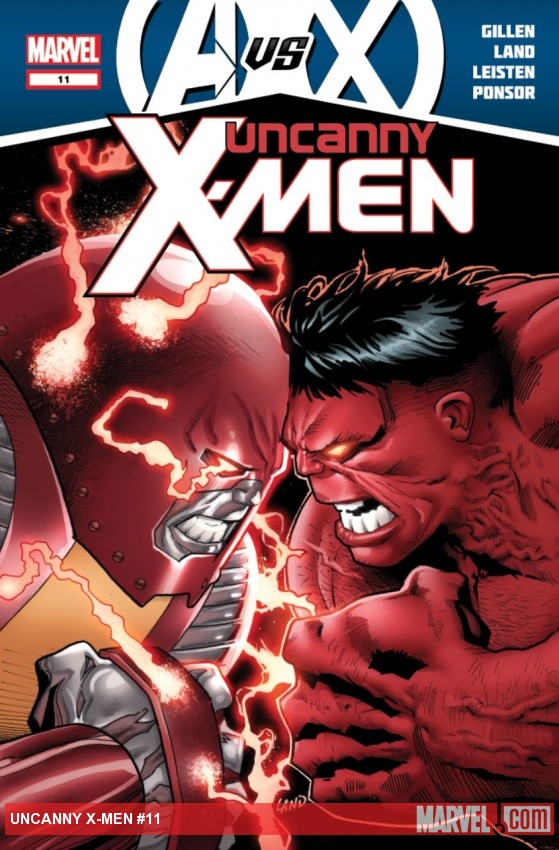 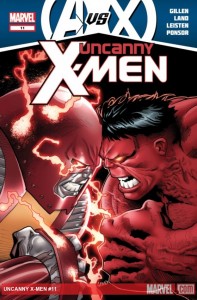