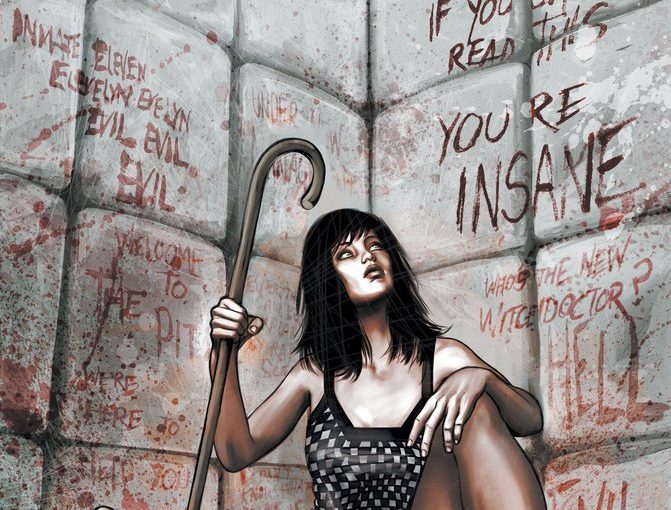 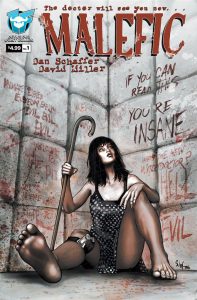 Stories of insanity always have their own surprises and twists, Malefic is an interesting and modern take on such a tale. A young aspiring doctor, a past tarnished with a bit of shame, cannibalism and a dash of attempted murder. This is the life of our Doctor Freust in Malefic, it’s ugly, gritty and fascinating at once as the young doctor kicks off their debut issue right in the lion’s den without a second thought.

This first issue is a casual introduction that slowly drags Doctor Freust and readers deeper and deeper as events unfold. Having a lead with no issue about bearing it all in their back story with no issue is a welcoming, they know what happened, what it did and they’re not paralyzed by it. It’s just the larger machine and inmates of the facility that do manage that state later on once Doctor Freust realizes what her father was really up to and buried in.

Complimenting this intricate story are pages of art from David Miller, delivering expressionistic styling throughout. From the first pages of Doctor Freust talking in her cell to cannibalistic seductive murder, faces and gestures in these pages are creative and expressive giving life to each scenario. We get a detailed grand picture of the facility, the dark halls and chambers within it and a bit of extreme detail when it comes to inmate habits. But it all acts as a support to the story and the atmosphere of Malefic, even more so when adding in the Diagnostic Spectacles which are just an interesting twist on the real inner demons waiting to make their way out later in the series.

Malefic #1 delivers a bit of everything out of the gate, interesting back story, a horrifying granny figure, devastating loss, an asylum to end all asylums, super-secret religious organizations and more. It’s just packaged so well and delivered in the right portions that it makes for an interesting read especially as we stroll into Halloween season. Can it get much worse for Doctor Freust? Undoubtedly and it most likely will which is a good hook for readers looking for something to tickle/scar their brains.