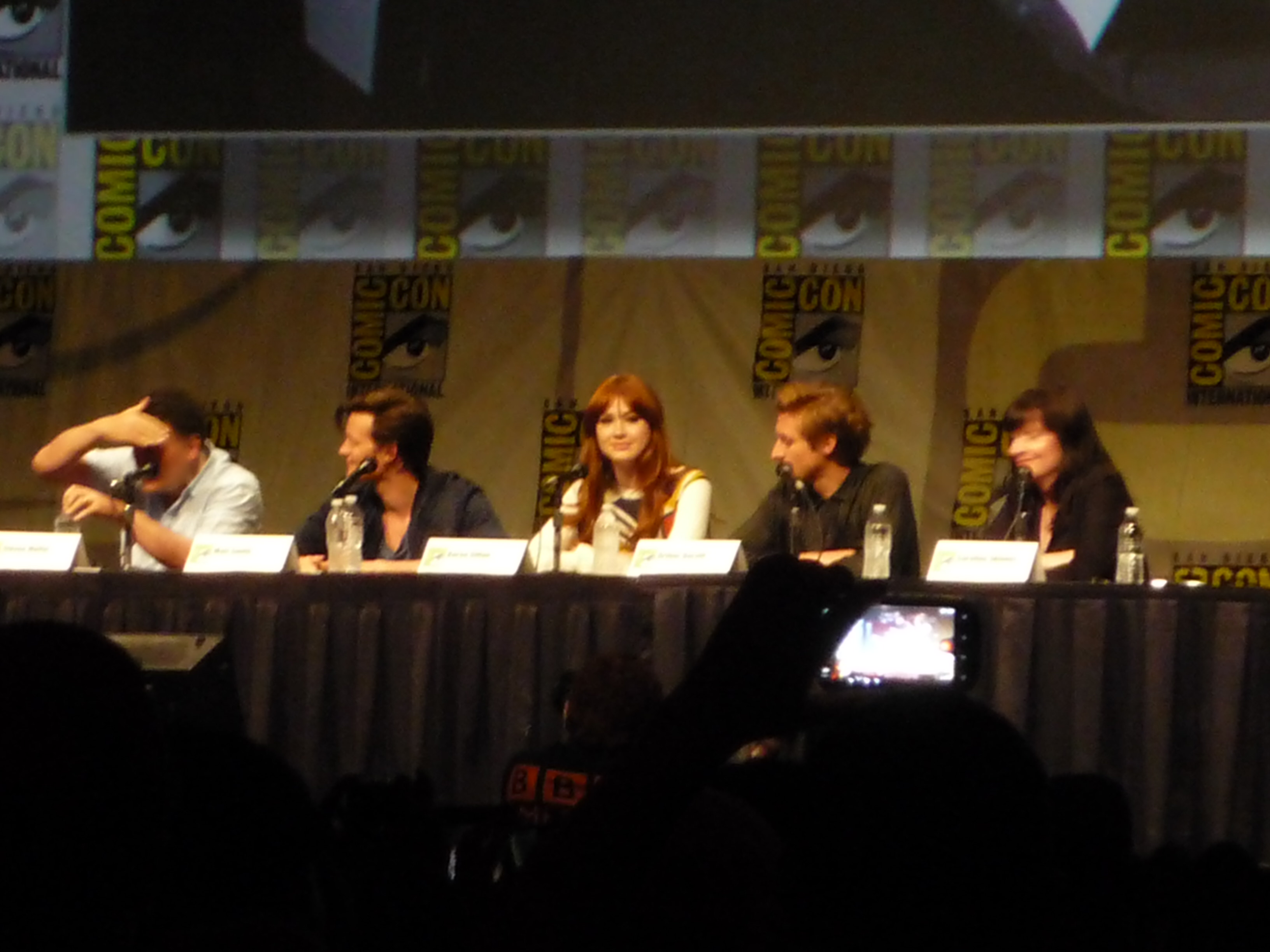 The good Doctor is just a few months away from returning to us on the television again, to hold everyone over though, the team made a stop at San Diego Comic-Con again this year to share tidbits on the new season including details around the trouble headed toward the Ponds and a little bit on the new companion headed to the show.

Attempted to shoot this on video for better record keeping, it didn’t come out amazingly well due to the lack of a tripod but the audio is there to help guide things along. Unfortunately the BBC had forbidden recording of the video sections shown between discussion.