Adult Swim and State Farm® have partnered to get Comic-Con International fans to a better state – of cosplay. Building on last year’s successful program, the two companies today announced a series of activations that will debut at this week’s annual fan event in San Diego and will provide a unique experience to Adult Swim fans and boost their convention experience. Beginning at 10:00 a.m. on Thursday, July 18, Adult Swim will END_OF_DOCUMENT_TOKEN_TO_BE_REPLACED

Dark Horse is now available on the NOOK, as a celebration the company is offering fans a chance to win a NOOK and some free graphic novels to sweeten the deal even more. Entry is pretty simple, draw your favorite Dark Horse Character interacting with a NOOK and you’re in the game, if you get really creative with it you’ll only earn extra points on top of your existing entry so think of ways to stand out in a field of eager artists.

When you’re ready, just scan it, photograph it or export it and send it off to their designated email address with “Draw to Win!” in the subject and you’re all set to roll. You can get the full details at Dark Horse about the event and fine details for everyone.

It’s time to break out those drawing tablets, sketch pads or anything else you can muster as Dark Horse Comics is bringing a manga contest to the masses. To celebrate the FLCL Omnibus they’re opening the gates to have manga and comic fans to draw their own 2-4 page story inspired by manga in some form (characters,series,styles). It also has to include Dark Horse in some way but it can be simple to include history, logos or just as a subject.

Judge
Check out the Dark Horse Blog for more information and get to work on those entries!

Atari is coming up on the 40th anniversary of Pong, as a celebration they’re inviting fans, developers and more to create the ultimate pitch to rebirth Pong in present day. The prizes are pretty rich, offering up to $100,000 and revenue sharing options with PR and marketing support.

There’s no doubt the fight will be a tough one, with Atari, Mike Schramm, Nolan Bushnell and Dave Castelnuovo as judges anything could happen as you mix formal corporate with an indie with a man who made the game itself. Remember to enter in by April 15 or you’ll see your dreams and rewards passed up. 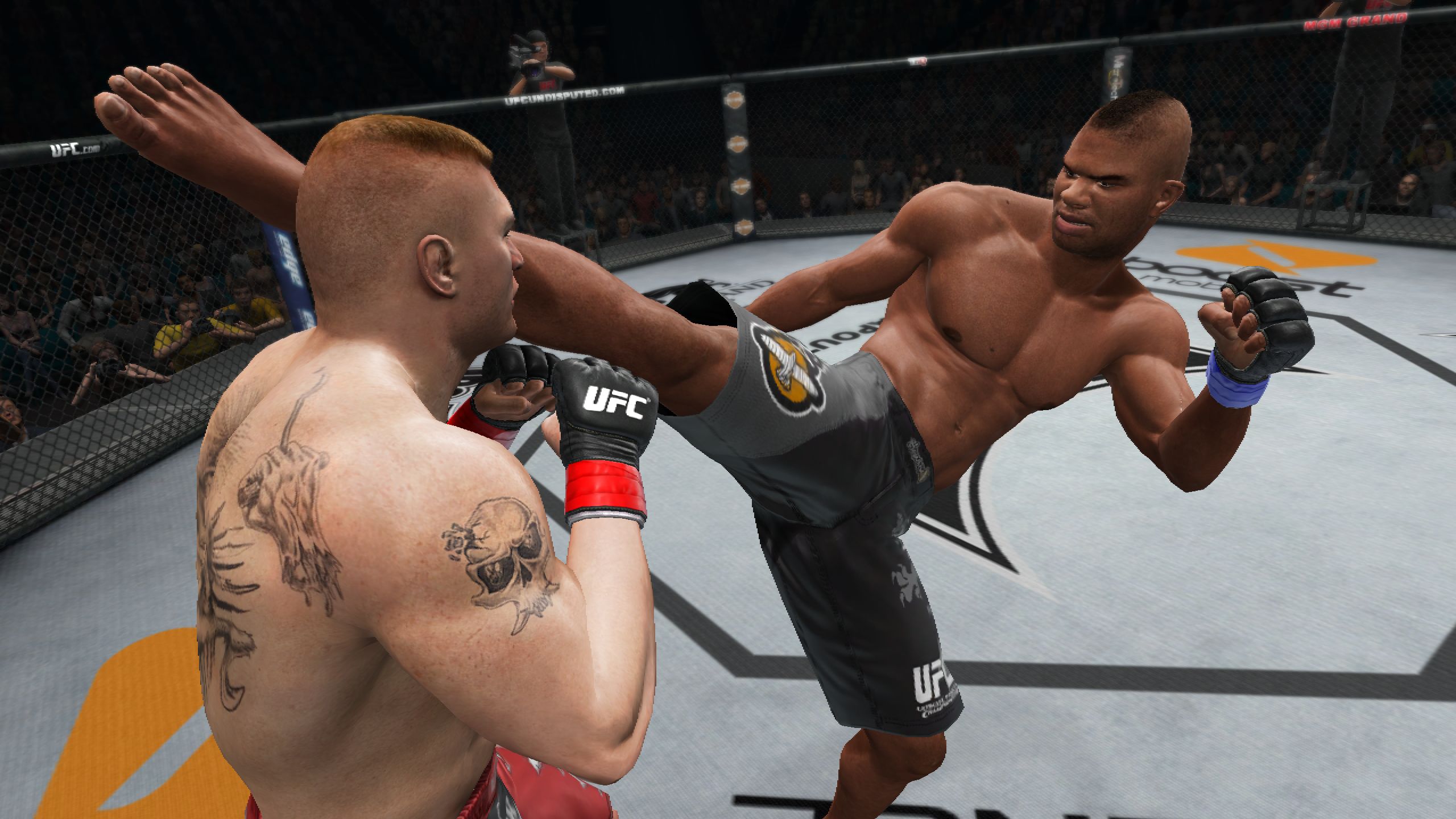 Well then, read on! THQ and GameStop are teaming up to reward PowerUp Rewards members with a chance to hit the most exclusive UFC giveaway event they can muster up. Make a purchase or trade using your PowerUp rewards membership between now an January 31, 2012 at 11:59 pm Central Time and you’ll be automatically entered to win a free UFC VIP experience in Las Vegas!

But what does that include and how does it make it amazing?

Pretty insane right? Well you can also enter by signing a 3″x5″ card with postage and contacting the contest team directly.

Pretty sweet action given the game is just around the corner and it’s lined up to be one of the biggest titles for them in the series. If you need more information check the PowerUp Rewards site for details. Otherwise I leave you with a video of the contenders for UFC Undisputed 3 for now.

We had a lot of fun in Trine 2 this week, so much that we’ve decided to give away a copy to a lucky winner on Bamfas, if you haven’t caught our review its right here. An amazing game for such a small price, it’s hard to reason passing it up unless you’re still neck-deep in Skyrim and can’t even read this post.

The rules
The requirements
Contest ends on… December 19th, 2011 at 6pm PST (-08:00 GMT)
Good luck everyone and we’ll see you next week with the results!

With the game releasing soon we’ll be throwing out a free XBLA code for one lucky winner this week. Reply by August 14 2010 at 12pm PST for a chance to get a free download code for Monday Night Combat.

How to enter:
Post a reply to this article for a chance to win
Make sure you use a valid email address when entering or the prize will go to the next entry

Good luck to everyone!

Reflex! Congrats on the prize, I’ll send your code over shortly 😀

For those wondering I used a multi-stage elimination with a random line picking script.

This won’t be the last you hear of a BAMFAS contest I’m sure we’ll have more waiting to come in the future. 🙂 Thank you to everyone who participated, I do hope in the future we’ll be able to have runner-up prizes as well.

While the updates were slow the past few days it was for a greater good, today I get to announce that from now through July 26th at 12:00pm PST we will be taking entries to win a copy of LIMBO for the Xbox 360 (Xbox Live Arcade).

Hopefully it’s good turnout, although who knows, it could be completely embarassing with just russian bots trying to win. (thank you spam filters)

Also the contest is running beyond the release date of the 21st as we’ll be at Comic-Con 2010. Good luck to everyone I look forward to the results. The winner will be announced here and sent their code via email.

Congratulations to reflex! I just sent your XBLA code for LIMBO via the provided email. Thank you everyone for participating, for a full breakdown on how the winner was chosen check here.

We’re coming up on the Fall in just a few months, with limited time available Universal Studios and Rob Zombie are taking submissions for Halloween Horror Nights 2010. Offering short films of the year a chance to be judged and shown on Chiller TV, Syfy.com and a feature at Halloween Horror Nights with $1000 cash prize and tickets for two.

Entries start today through August 14, with limits ranging from 90 seconds to three minutes it should raise quite a challenge for directors to deliver that horror punch in such a short span. Announced criteria will include storytelling, skill, originality and the degree of scare (no pressure everyone). The top 10 will also take a spot on the Halloween Horror Nights website from September 3 – 17 for public voting after Universal and Rob Zombie have fielded out their best picks.

As details are non-existent on the official site I’ll throw down the entry information as well.

Good luck to all who enter, let us know if you make it into the final 10!