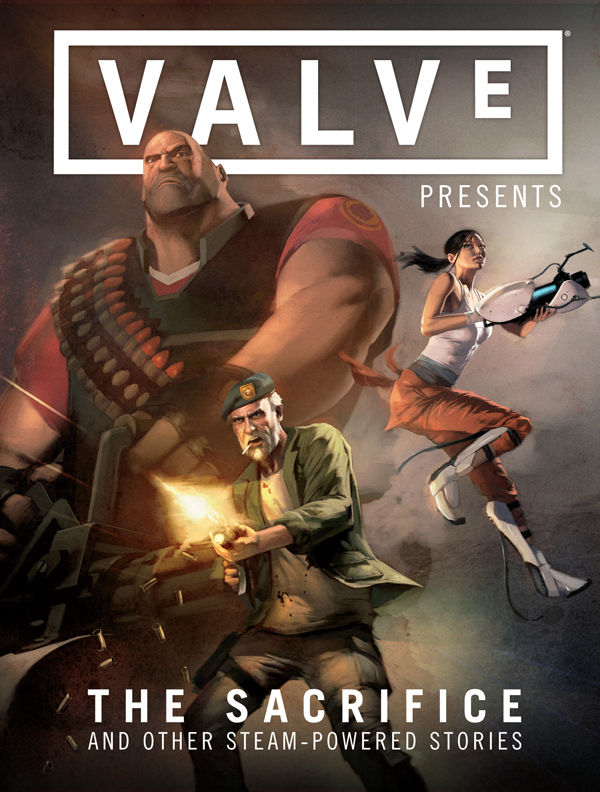 VALVE has crafted a group of stories in the past years, the Left 4 Dead universe, Portal and even Team Fortress got a personalized story to it. During that time, VALVE also released mini-comics for Team Fortress 2 and Portal 2, showcasing the back story to certain events or releases. Today we got a greater look at the whole picture, starting off with the original Left 4 Dead crew in The Sacrifice.

For many, this is a tense and frustrating map in the DLC released with Left 4 Dead, having to pick a member of the team to go back and them having no hope to return, even worse if that survivor can’t actually make it to all the stops in time. In this case we find out how it really breaks down, a story not just of The Sacrifice, but everything revolving around the survivors and the real state of the world. For fans of the series, this brings some emotional twists and background to the original team, for those who always wanted to know more it’ll give that and so much extra.

Quality wise, the art is a bit wild, very raw but very detailed and keeping to the tone that made the series so eerie. The dialogue expands upon the one liners that guide players through the series including an in depth look into Bill and the limitless optimism of Francis. Everyone gets a moment in the spotlight and we even meet some outsiders along the way.

Team Fortress 2 takes over the reigns as The Sacrifice Wraps up, tackling the friendship conflict announced when the Soldier and Demoman got their new weapon load outs. After a dark passage for the survivors, the Team Fortress crew picks up the pace with some of the most insane moments. The history between the two sides is revealed, the mysteries of Mann Co are blown out and all out war fills the air. If you read the friendship comic, you’ll love how the rest of this pans out as even Saxon Hale sneaks in with his retro themed pages.

Fans of Team Fortress 2 will no doubt eat up all the amazing bits they’ve managed to store in the book, with so much explained it’s a must for any player to have.

Portal 2 wraps up the book, covering many comics already well known to the public, a few chapters do seem to wrap up the loose ends though, we learn about the mysterious doctor behind the scenes and even more on Chell and the battle with GLaDOS. For many this might not be worth the sole investment into the book, for VALVE fans though, this really is the icing on a delicious cake that we finally get to taste. The art is wild as is the story, the pace and control varies in the moment of the story and reads as a tale of madness until we find ourselves at the end.

Hopefully VALVE can incorporate these into continued volumes or at least use the thought put into these to segway their own games into new avenues. Look for it to arrive just in time for the holidays this year. Unfortunately, while amazing, don’t expect it to drop teasers on a certain Mr. Freeman though.

With the series still going (sorry I had a mind lapse there thinking it was over) lasers and portals and lions and tigers and… wait a minute. Nevermind. Anyway, lasers are a portal’s best friend in some cases, watch Chell drop reflectors to get through the latest challenge ahead.

(Part 5 after the jump)
END_OF_DOCUMENT_TOKEN_TO_BE_REPLACED

It’s here! It really is! The latest videos from the Portal 2 E3 2010 demo are up and ready for viewing. Take a look at the dynamic world that Valve is developing, with live fluids and portals mixing it up the results are endless!!! I might be a little too hyped for the videos but I’m just happy to see another connection to the Half Life universe again.

I’ll save the spoilers for the videos, click below the jump for the final two sequences from the demo at the show this year.
END_OF_DOCUMENT_TOKEN_TO_BE_REPLACED

We’re back and featuring awesome things once again, today the first thing out of the gate is Portal 2 the E3 2010 demonstration video. This is only part 1, Valve want’s to be able to milk the awesomeness in a few instances so we’ll keep them coming.