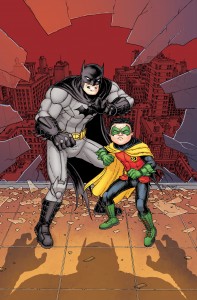 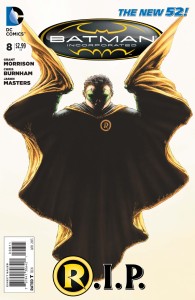 Early this morning in the New York Post it was announced that Damian Wayne (Robin) will meet his end in the BATMAN, INCORPORATED #8. Which hits stores this Wednesday, the issue is written by Grant Morrison and Illustrated by Chris Burnham.

I gotta admit this makes no sense to me at all why would DC give away the final plot of the series. Fans will be clearly disappointed by this move of DC some have already express there disproval of the announcement.