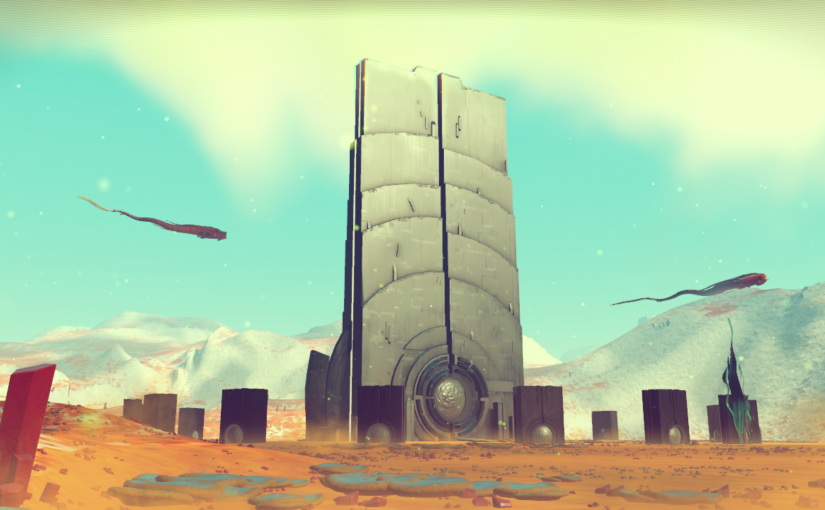 Over the years, many open world games have generated massive hype. The Elder Scrolls, GTA, Far Cry and more have all have been on a top 10 anticipated list the year of their release. For the most part, these have had success, but very few and I do mean few… have lived up to their hype.

With social networking at the level that it is now, games tend to get hyped on what I call troll status, one can argue that Twitter, Reddit, and similar networking services are the reason for games becoming over-hyped, and sadly that seems to be the issue nowadays. A key title that comes to mind is Tom Clancy’s the Division, Ubisoft announced the Division at E3 2013 and when gameplay footage was released the media and social channels went nuts, people were already labeling it the game of the year despite it not having a release date.

Later in 2014 Ubisoft stated the game would be delayed, the hype they generated from those key teasers had turned against them. When it released the game didn’t have the sales success the company expected and still faces an uphill challenge as a Spring release. 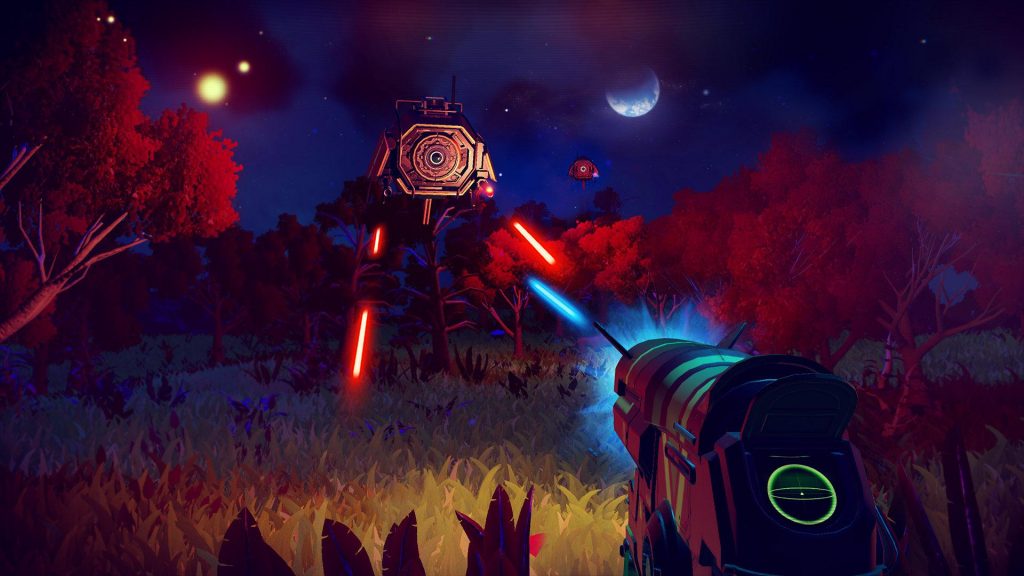 Hello Games first release, No Man’s Sky now faces that same dilemma after a surge of popularity from E3. I’m not saying it’s going to be a letdown but it does have a wave of momentum driving it, just as the Division had in many ways with so little known and experienced firsthand. Keep in mind, I’m just pointing out the similarities as far as the hype is concerned, it’s the growing wave of hope and anticipation with so little to support it that rests at the core.

Let’s be real, it’s not fair to compare other games to it but that’s where we’re at. As said before, the social media drives a different story with players. The games developers have already mentioned the pressure No Man’s Sky has generated because of the hype, now the game has an uphill battle which it’s almost destined to lose because of the pedestal the game is being elevated to before it’s even out. 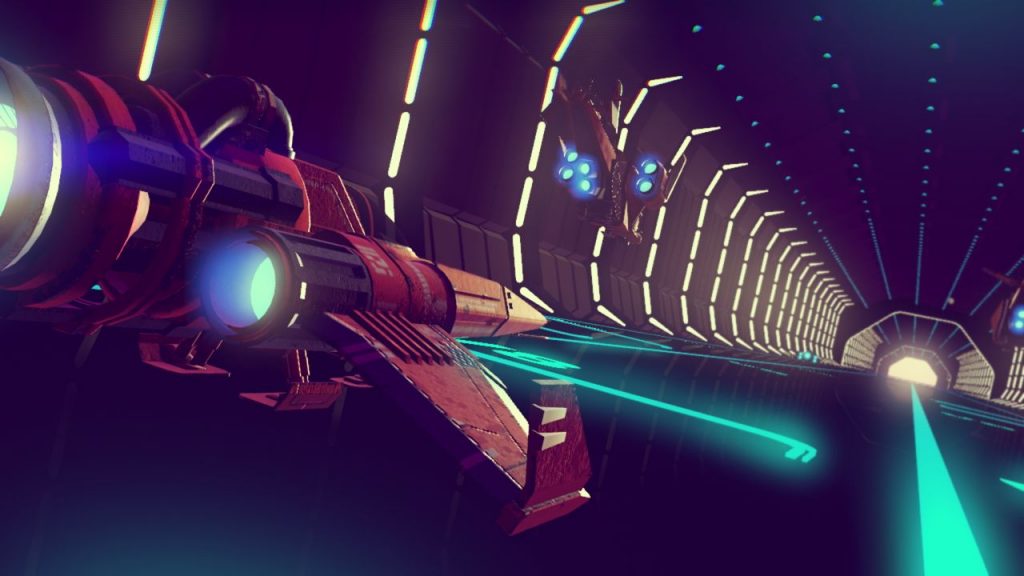 There have only been a few new IP’s able to meet the lofty expectations of the public and Hello Games is taking on that challenge. How they started was key, by promising procedural generated stars, planets, lifeforms, ecosystems, and other space-bound factions. Using deterministic algorithms and random number generators, by doing so it eliminated the dev’s time on creating these worlds by hand and will give the game a massive and open feel. Players will be able to visit specific planets vivid coordinates they come across, these coordinates serve as the planets topography and environment information. 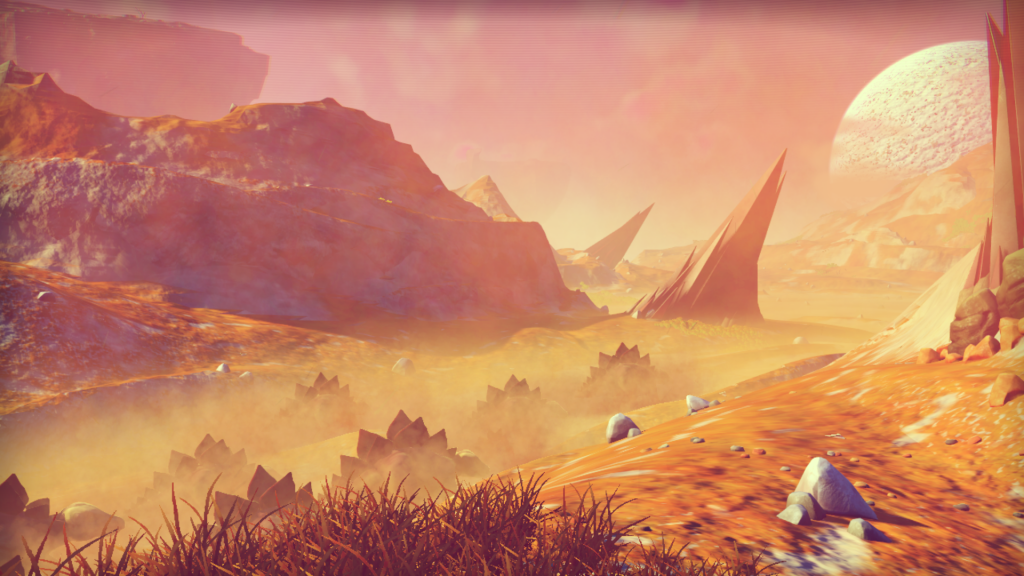 No Man’s Sky features 32 & 64-bit seeded galaxies, 32-bit having a staggering 4.3 billion worlds and 64-bit 18 quintillion planets, that’s right folks 18 quintillions! With those numbers, you can assume why so many jumped on the hype train and why some became skeptical. This will be the first time ever a game will promise such a massive open-world experience, games like GTA 5, Skyrim and Witcher 3 feature massive worlds, but not to this degree. The chance players run into each other in this massive game is said to be zero according to Hello Games, although players can reach planets discovered by others by the games atlas. When players discover a new planet he or she is credited for it and given currency upon, as well as the chance to name their discovery. For me, the biggest question was “Can I play Online?”, and Hello Games confirmed it would after its first semi-open beta test was completed. 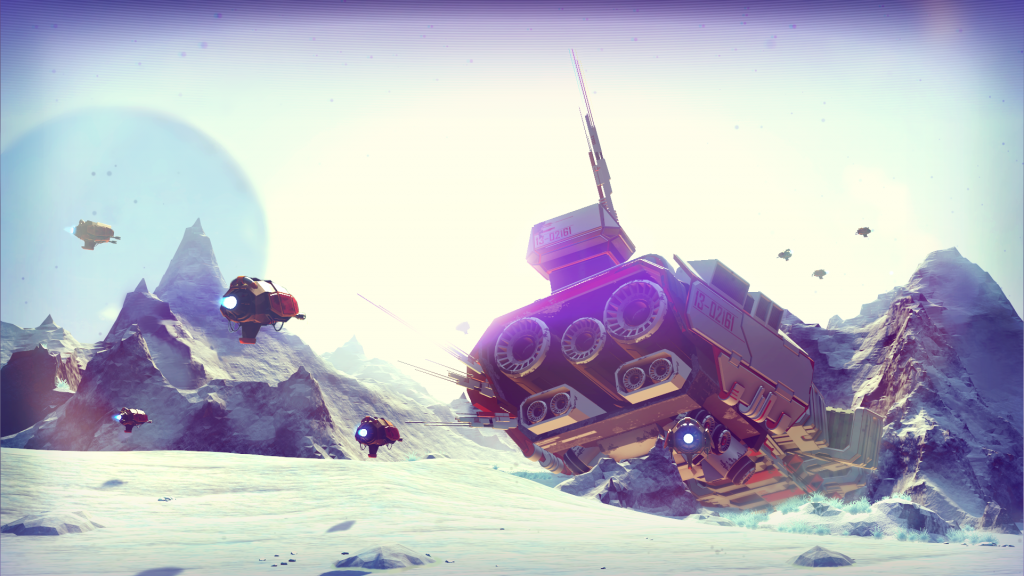 With that said, can No Man’s Sky live up to the hype it has generated? The answer is no, gamers today demand bigger and better experiences, too much for any game to fill given the imaginations of all those betting on the game. Not one game coming from Bethesda or Rockstar has managed to succeed in this field and it’s because the legend the game creates is always bigger than the final product. Instead of betting on the mysticism the real question should be, will it be a good game, and the answer to that is yeah, I think so.