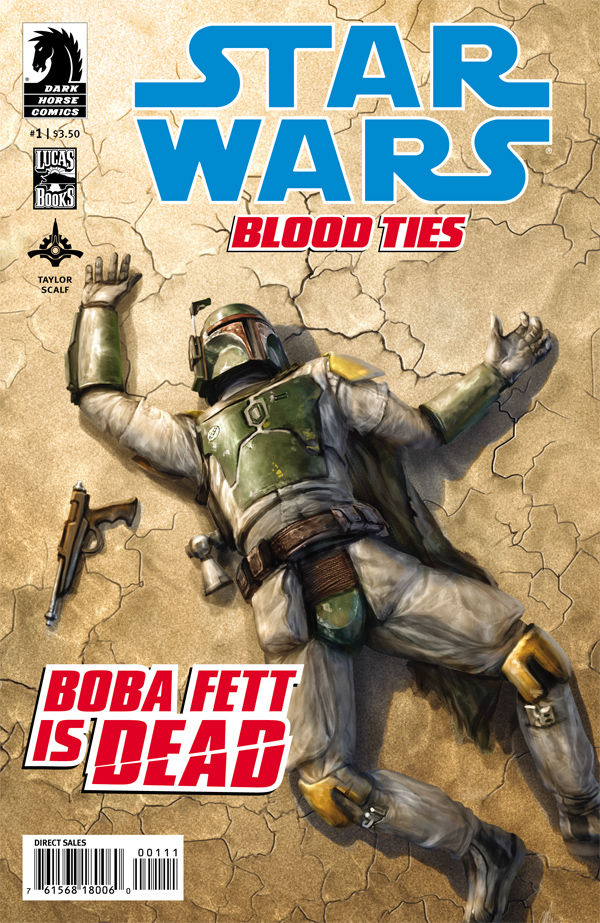 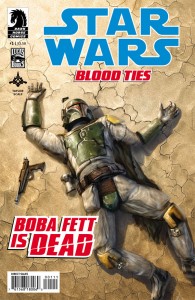 Blood ties is a new expansion to the Star Wars universe, taking place 10 years before the Battle of  Yavin. The story centers around Boba Fett’s legend in the galaxy as a fearless bounty hunter without equal, Blood Ties explores what happens when you cross a legend that has deep alliances and blood ties buried everywhere.

The introduction to the issue is blunt, Boba Fett makes his last stand when surrounded by a hit team and thing’s do not exactly go in his favor. The news is broadcast across the galaxy, even the most fearless force around and most legendary gun isn’t invincible in this life. What isn’t taken to account is that when you stir a fight with such a person, you can’t expect the issue to just go away under the table and everything to move forward. Blood Ties centers around this and circles around Connor Freeman, a friend and ally to Fett who may not be blood but he owes his current life to the hunter. What we know of his past is vague but he’s a man with conviction ready to see retribution paid to those behind this action through systematic destruction.

As a Star Wars installment it’s a pretty hard shift from what I’m used to with the series, it tackles the issue of Boba Fett’s execution in a direct assault, the trickery or complex plotting are skipped over and it’s a brand of old-fashioned justice instead. Top this off with the painterly quality to the whole issue, instead of going for a touch of drama and realism throughout the pages and you have a book that really stands out.

Star Wars: Blood Ties #1 – Boba Fett is Dead isn’t your average Star Wars installment, it’s a rough tale of what happens when you start a war against a force that isn’t completely understood. I really look forward to what Tom Taylor has in store for the rest of this series, it’s certainly going to be an intense one.