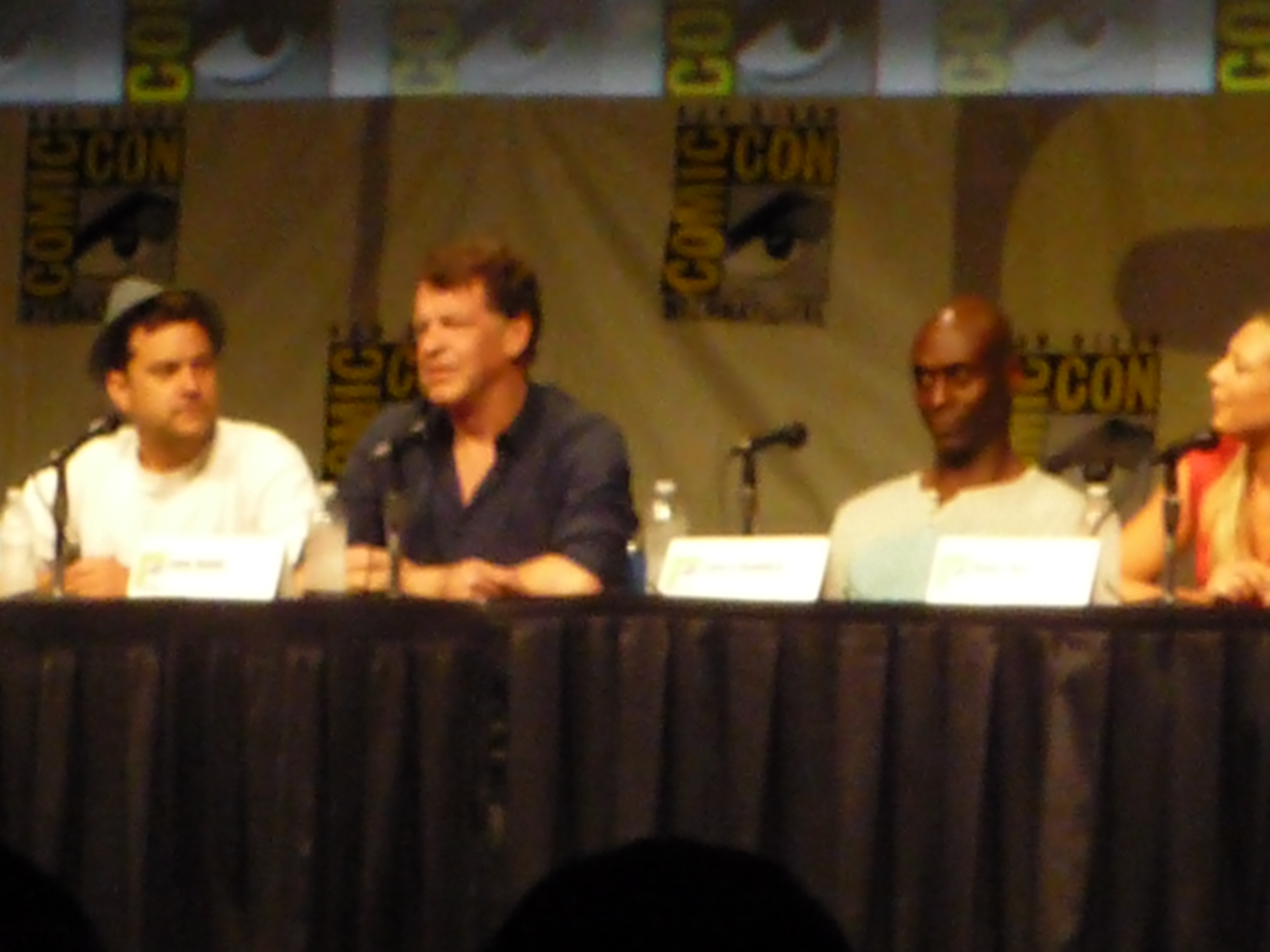 Fringe is alive and well for one more season from Fox, the show battled huge odds closing out the fourth season but was able to finish strong. The current show order is 13 episodes for this 5th and final season, the panel was presented with a sea of white lily flowers by fan groups to mourn the loss of the show and the story we had grown so attached to. Fox also presented attendees with Observer hats given the focus of the story in season 5.

The focus of the panel was a bit of a celebration of the show and how far the team has come, how many twists and turns came forward and how many bullets the characters of the show were able to dodge or rebound from. The moderator focused on memories and touching moments letting everyone chime in on their most special times on the show, odd enough, they all revolved around Astrid’s focus episode where it felt as the most touching of all.

John Noble and Joshua Jackson weren’t able to really deliver their personal moments like this so instead they delved into other bodily functions such as the urge to heave at their grossest moments on the show, anything from non-decomposed stage bodies to eyes out of the socket and reaching around the cavities of these props. Noting that somehow the more decomposed states were easier to work with without losing their lunch.

We did reach some season 5 discussion though, a small sizzle reel was shown to the audience highlighting footage from the future world episode mixed with new scenes as well. The Fringe team is back and this time they’re going to apply themselves to be the anomaly against the Observer controlled world, nothing is off the table with new and old members united. Peter is clear when he steps up to help lead and tells everyone it’s time to create some Fringe events of their own this time, it’ll take supernatural events and all of their brain power to take on this group.

The focus of Season 5 will be future day as seen in the Season 4 episode teaser highlighting problems coming in the future, on top of that we’ll see Peter and Olivia teamed up with their daughter who packs secrets of her own. The tension his high and the team promises to give it everything possible in every single episode coming up so expect possibly the best season yet of Fringe. For those worried, they do promise we’ll see closure to this current arc but possibly not all of Fringe for reasons they address below.

During the panel the afterlife of Fringe is brought into question, hopes of a potential movie (no word on straight to disc or film) and the expansion of the universe in other mediums such as graphic novels or comics which we’ve seen already (Into the Fringe) were brought into play for ways the story can always continue. They’ve certainly left a large leap in time to fill in with a 20 year gap between the birth of Peter and Olivia’s daughter and Season 5 so all of that is in the air right now. The main focus for the moment will be on production and making sure this current arc delivers for fans without leaving everyone in the dark at the end.