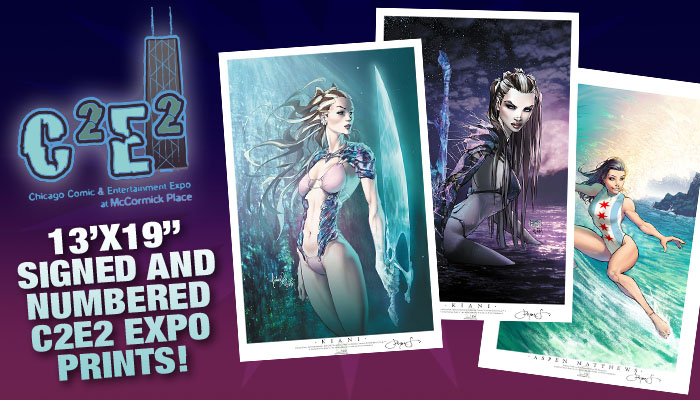 C2E2 is on the way and Aspen has goods for those attending, 3 signed and numbered C2E2 prints for fans. The posters are 13″x19″ and look pretty hardcore. Unfortunately we only have the collection image available and not individual samples, those of you hoping to have mini memento pictures are out of luck on this one.

Check out the posters below, if you’re attending good luck and hopefully you can catch them before they sell out. 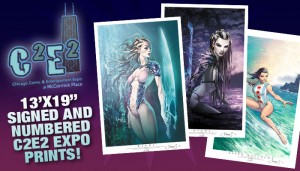 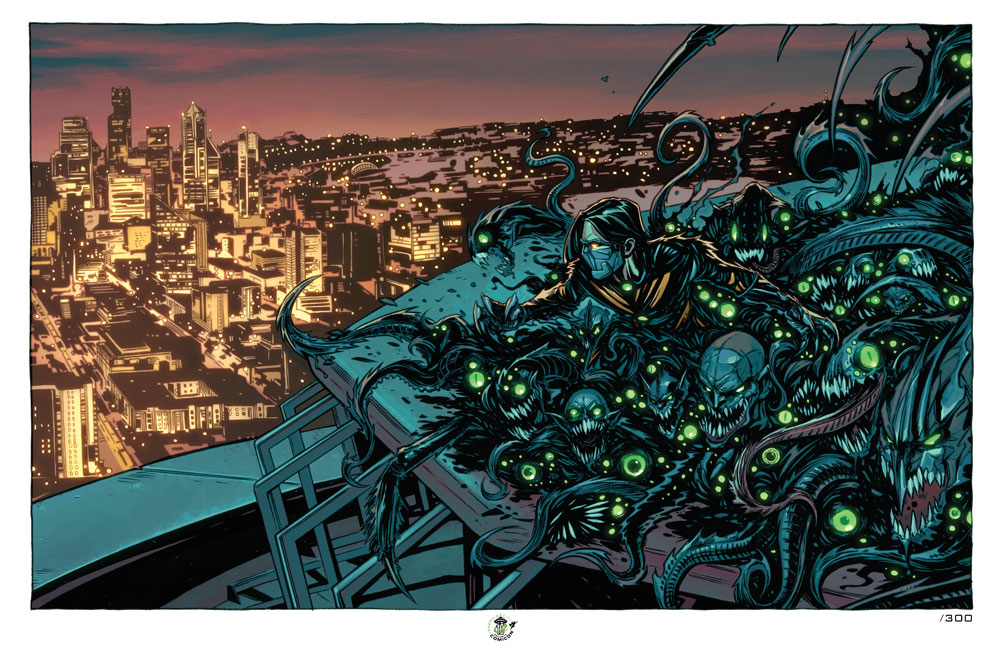 Emerald City Comicon at the Washington State Convention Center is coming up on March 30 – April 1, if you’re going to be in Seattle at the time or live in the area you can catch these goods from Image Comics.

Bloodstrike #26 is one of their first offerings, a relaunch title from Tim Seely and Franchesco Gaston, the exclusive cover version will be available at Image booth #310 for $5. The Activity #4 will also be on hand in #C-09 with a special night vision cover for $10, goggles not included. Skullcrushers will have limited variant editions at the Comic Legends Legal Defense Fund for issue #13 in #C-11 for $10 each and it will be available before the regular retail release hits shelves. Finally, Alpha Girl #2 will have a convention exclusive cover, while this won’t be released before it hits retail it’s still equally as collectible and cool though and will be at the Image booth #310 for $5. 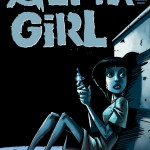 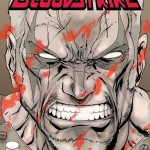 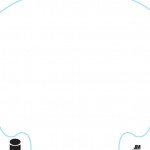 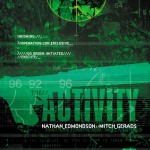 The Walking Dead fans will get a huge treat as the ECCC exclusive T will be available with a custom illustration by Charlie Adlard, mens and womens sizes will be available at the ECCC show booth #514, sizes will set you back $20, if that isn’t your thing, you can get an Image Heroes shirt with the program guide cover image on it for $20 but it only comes in unisex form. 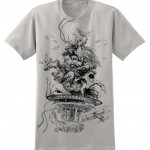 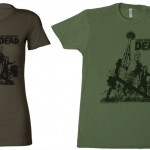 If shirts aren’t your thing at all you can score that image on an 11×17 poster for $20 but it’s limited to a run of 300 so get it fast or you’ll just be staring at the sample poster. Jeremy Haun will also have an exclusive The Darkness print with Jackie on top of the Space Needle overlooking the city. It is signed by Jeremy Haun for $20, the print is also in 11×17 form and limited to 300 copies. 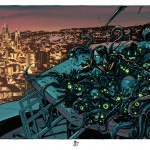 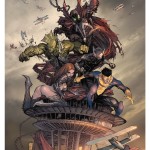 The Infinite Horizon will also be on hand in all its glory, the retelling will take place in a near future scenario and carries 186 pages of goodness, on top of that, Image is releasing it to ECCC fans before the April 11th release date so fans can enjoy the tale early for going. It packs a $20 tag and can be found over at #P-03. 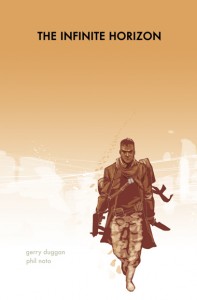 If none of that sells you, the new Image / Shadowline series Debris will have a free poster at the Image booth #310. 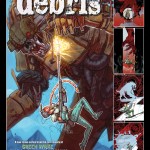