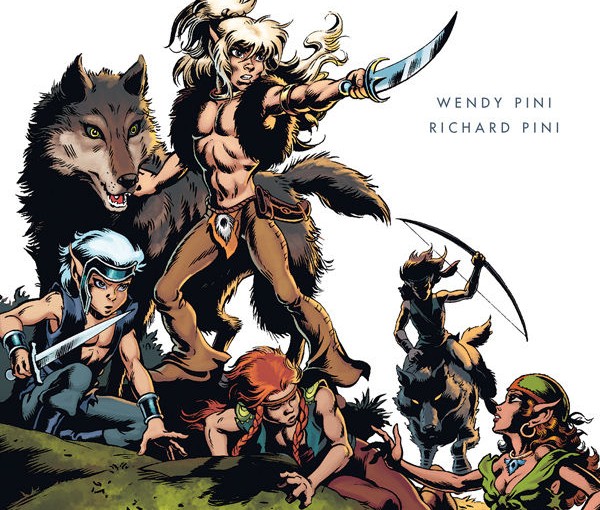 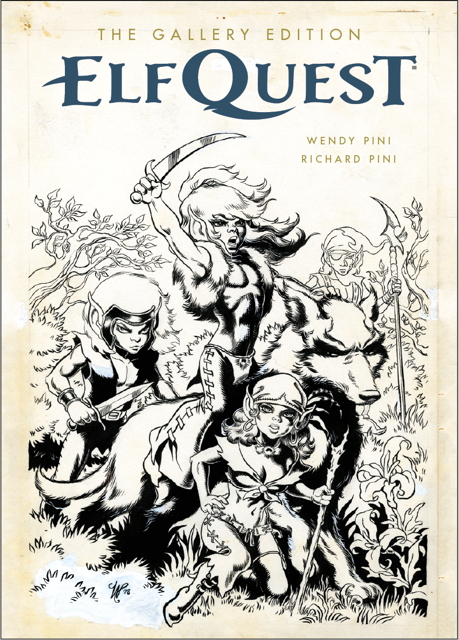 In 1978, Wendy and Richard Pini first published what would become one of the most revered classic-fantasy epics in comics. Today, ElfQuest continues to capture the imaginations of readers of all ages, as Chief Cutter and his Wolfriders battle savage humans, forge lasting alliances, and discover strange new lands in this ultimate fantasy adventure!

Dark Horse proudly presents ElfQuest: The Original Quest Gallery Edition, a one-of-a-kind edition, which collects the first five issues of The Original Quest (“Fire and Flight”) in their gorgeous original glory. Each page is carefully scanned from Wendy Pini’s original art to capture every stroke and detail. At 12 1/8″ by 17″, it’s as close to holding Pini’s original art as a fan can get.

For readers looking to explore ElfQuest for the first time, there’s no better place than The Complete ElfQuest Volume 1: The Original Quest! This edition boasts 720 pages, collecting the entirety of what is now known as The Original Quest in stunning black and white, including an extensive gallery of concept art, pinups, and covers, with commentary from series creators Wendy and Richard Pini.

The Complete ElfQuest Volume 1: The Original Quest is on sale August 6. Preorder your copy today!

“If you’re looking for some engaging fantasy, don’t miss ElfQuest! It’s something special and will pull you in from the first time you read it!”—Major Spoilers

“ElfQuest really isn’t like any other comics currently hitting the shelves.”—Big Comic Page

“It’s certainly worth taking a look at especially if you are interested in following the career of one of comics’ first female artists self-publishing in a male dominated medium.”—Rhymes with Geek