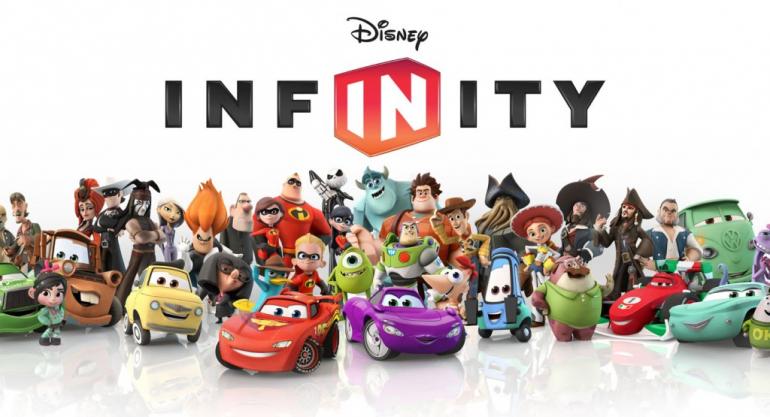 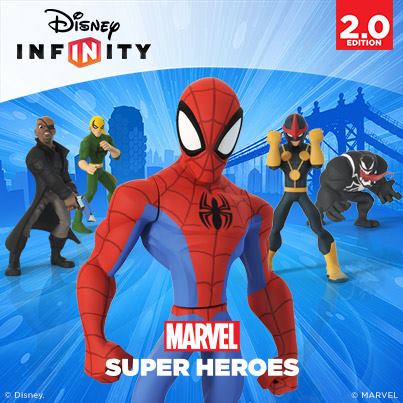 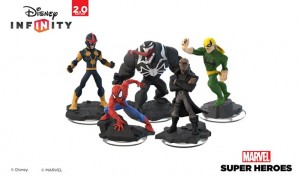 Have you ever thought of a perfect idea for a TV series? Find out how to write it! Gray Jones (Host, TV Writer Podcast, Partner of Script Magazine) moderates a discussion and Q&A with powerhouse panelists Jen Grisanti (Writing Instructor,NBC’s Writers on the Verge), William Rabkin (Author, Writing the Pilot), Bill Taub (Author, Automatic Pilot), and Carole Kirschner (Director of the WGA Show Runner Training Program). Get that idea from your brain to the screen!

Gray is a TV editor/writer with credits on 196 TV episodes, including well-known titles such as Property Brothers andWilliam Shatner’s Weird or What, which aired recently on SyFy. A contributor to DV Magazine and Script Magazine, Gray is also a renowned podcast producer, featured on CNN and in the Toronto Star for his video podcasting. His first podcast,Chuck vs the Podcast for NBC’s Chuck, had an audience of up to 80,000 per episode, and was voted the world’s #1 TV-themed podcast for 40 consecutive months. His current podcast, the TV Writer Podcast, Partner of Script Magazine, has featured over 80 interviews with showrunners, producers, authors and writers. Gray also created the TV Writer Twitter Database, the world’s largest database of TV writers on Twitter, with over 1000 writers, and co-founded the TV Writer Chat, the first weekly Twitter chat group for television writing. Hailing from Canada, he has an honors Screenwriting BFA from York University in Toronto, where he graduated with distinction in 1994. Gray has also won awards internationally for his short film producing.

Jen is a story consultant, independent producer, writing instructor for NBC’s Writers on the Verge, blogger for The Huffington Post and author of the books, Story Line: Finding the Gold In Your Life Story, TV Writing Tool Kit and Change Your Story, Change Your Life: A Path To Your Success. Grisanti started her career as an assistant to Aaron Spelling 15 years ago. Aaron was her mentor for the next 12 years as she climbed the ranks and eventually ran Current Programs at Spelling Television Inc., covering shows such as Beverly Hills, 90210, Melrose Place and Charmed. In 2004, Jen was promoted to VP of Current Programs at CBS/Paramount where she covered shows including Medium, Numbers, NCIS,4400 and Girlfriends. She also served as a mentor in the CBS Diversity Program, which seeks out and nurtures young writers and directors. In 2008, Jen launched a consulting firm dedicated to helping writers break into the industry. Since then, she has worked with over 500 writers, twenty of which have sold pilots. She has also helped several writers to sign with top agencies including UTA and CAA, and has helped over 40 writers get staffed.

William has written and/or produced hundreds of hours of dramatic television. He served as showrunner on the long-running Dick Van Dyke mystery series Diagnosis Murder and on the action-adventure spectacle Martial Law. His many writing and producing credits include The Glades, Monk, Psych, Nero Wolfe, Missing, Spenser: For Hire, seaQuest 2032, Hunter andThe Cosby Mysteries. He has also written a dozen network TV pilots. His work has been nominated twice for the Edgar Award for best television episode by the Mystery Writers of America. He has written one previous book on writing for television, Successful Television Writing, with Lee Goldberg. Bill is also the author of the novels A Mind is a Terrible Thing to Read, Mind Over Magic, The Call of the Mild, A Fatal Frame of Mind and Mind-Altering Murder. He is the co-creator and co-editor of The Dead Man, a monthly series of supernatural action thrillers published by Amazon’s 47North imprint, and has written three installments. Rabkin is part of the core faculty of UCR-Palm Desert’s M.F.A. in Creative Writing & Writing for the Performing Arts.

Bill is a native New Yorker who’s gone from Forest Hills to Beverly Hills. He came to television writing through advertising, where he was a Clio-winning writer-producer at several New York agencies. His TV writing experience spans decades, having written on hit shows from Barney Miller and CHiPs to Newhart and Dallas. He has also written or co-written many pilots, including Relic Hunter and Friday the 13th: The Series. Currently, he keeps himself busy with half a dozen projects, pilots, and web series, consulting, and occasionally teaching online through the UCLA Extension Writers’ Program and the Laugh Factory. Most recently, he bottled what he teaches based on his own thirty years of experiences into book form,Automatic Pilot. Bill splits his time between Los Angeles and Toronto, where his wife’s family resides.

Carole has worked as a senior level television executive for sixteen years. Her posts at CBS and as Vice President of Television at Steven Spielberg’s Amblin Entertainment have given her an insider’s angle on how to get in, move up and sell projects. She helped develop award-winning shows like Murphy Brown and Designing Women. Carole is also a respected presenter and educator through USC’s School of Cinematic Arts and UCLA Extension, among others. She is the creator of the CBS Diversity Institute Writers Mentoring Program and Director of the WGA Showrunner Training Program. She also leads seminars on how to succeed in Hollywood, including strategic networking, pitching and self-promotion. Through her career coaching practice, Park on the Lot, she consults with both Hollywood beginners and seasoned writers, executives and other professionals who wish to move up. Her book, Hollywood Game Plan: How to Land a Job in Film, TV and Digital Entertainment hit stores March 2012.

Prelude to Axanar Premiere
Saturday, July 26th, 2014
9:00pm – 11:00pm
United Artists Horton Plaza 8 Movie Theater, Gaslamp District, San Diego
SYNOPSIS:
PRELUDE TO AXANAR is a 20 minute short film that will give viewers a historical look at the events leading up to the Battle of Axanar, the central event of the film Axanar, a 90 minute feature to be filmed later this year.  Shot like a History Channel special, Prelude to Axanar will be Star Trek like you have never seen it before, showing the central characters of Axanar giving both a historical and personal account of the war. Set 20 years before the time of James T. Kirk’s command of the Enterprise, “Axanar” is set in the last year of the Four Years War, the conflict with the Klingons that almost saw the end of the Federation only 80 years after its founding.  How did Starfleet build its fleet?  How did they hold off a Klingon fleet that had been conquering star systems for centuries?  What role did the various founding planets play in Starfleet? Why were the Constitution class ships so important to Starfleet? How did Garth of Izar come to be regarded as the greatest Starfleet Captain of his time?
Set in the Star Trek universe Axanar is a ground breaking independent film that proves the idea that a studio doesn’t need to spend millions of dollars to produce a feature quality production.  Axanar will be the first non-CBS/Paramount produced Star Trek to look and feel like a true Star Trek movie.
_______________________________________________________________________The red carpet premiere, taking place at the UA Horton Plaza 8 Movie Theater (just a 15 minute walk from the San Diego Convention Center) during the weekend of San Diego Comicon, will be a showing of the short film “Prelude to Axanar” followed by a 90 minute Q&A with Executive Producer/creator Alec Peters, Director Christian Gossett and actors Richard Hatch, Gary Graham and Kate Vernon.  Tony Todd has yet to confirm.
TICKETS: While the premiere is mostly for Cast & Crew and Donors to the Axanar Kickstarter, there will be 150 tickets made available free to the public on a first come-first served basis. An additional 50 tickets will be set aside for press (including both traditional and new media)

This year at San Diego Comic-Con, Adult Swim will once again amaze and inspire fans inside and outside the convention center with an all new Adult Swim booth, unique fan experiences and celebrity filled signings and panels featuring series stars, creators and producers from the network’s most popular shows such as Robot Chicken, The Venture Bros., Childrens Hospital, and Rick and Morty. Adult Swim will also offer fans a first -look at their highly anticipated new series Mike Tyson Mysteries and the live-action series starring Triumph the Insult Comic Dogand Jack McBrayer. Adult Swim stars and creators on hand will include Mike Tyson, Aaron McGruder, Seth Green, Dan Harmon, Rob Corddry, Jackson Publick, Doc Hammer, Christy Karacas, and many more

The fifth annual [adult swim] panel block at Comic-Con will be kicked off with the cult-favorite series, The Venture Bros. Co-creators Jackson Publick and Doc Hammer and the voice of Dr. Venture, James Urbaniak, will take the stage to discuss the upcoming sixth season of their original series and answer fan questions.

The beloved Triumph the Insult Comic Dog and fan favorite Jack McBrayer team up to star in a new live-action original comedy series from Universal Television that is set to premiere in 2015 on [adult swim].  Join co-creator and voice of Triumph, Robert Smigel (Conan, SNL’s TV Funhouse), co-creator Michael Koman (Eagleheart, Nathan For You), and star Jack McBrayer (30 Rock, Wreck It Ralph) as they discuss the new series.

Executive producers Dan Harmon (Community) and Justin Roiland (Adventure Time) invite fans for a behind the scenes look at the upcoming second season.  They will be joined by cast members Spencer Grammer (Greek), and Chris Parnell (Archer).  Ryan Ridley (Community) will moderate the panel.

In this new animated comedy series, Mike Tyson is taking the fight from the boxing ring to the streets … by solving mysteries! Aided by the Mike Tyson Mystery Team — the Ghost of the Marquess of Queensbury, Mike’s adopted Korean daughter and a pigeon who was once a man. If you have a problem that needs solving, Iron Mike is in your corner. Join us for a first look at the new series premiering this fall and panel discussion featuring Mike Tyson, Rachel Ramras (MAD), Jim Rash (Community), and producer Hugh Davidson (The Looney Tunes Show). Childrens Hospital creator and star Rob Corddry (Hot Tub Time Machine, The Daily Show with Jon Stewart) will moderate the panel.

Co-creators/executive producers Seth Green and Matthew Senreich are joined by co-head writer Tom Root, writer/director Zeb Wells, and actor/writer Breckin Meyer to discuss the Emmy-winning series and fan favorite character Bitch Pudding, who gets her time to shine in the all-new Bitch Pudding Special. Come watch a sneak peek of the upcoming special and get your questions answered about the current seventh season, airing Sundays at 11:30 p.m. on [adult swim]. Keith Crofford, vice president of production for Adult Swim will moderate the panel.

Tickets are required for all signings at the Adult Swim Booth #3721. A limited number of tickets will be given out at the booth on the day-of. First come. First served.

Drawings for Warner Bros. signing tickets will be held at 8AM on the day of each signing in the Sails Pavilion. Attendees may start to line up for the limited ticket drawing when the doors open each morning.