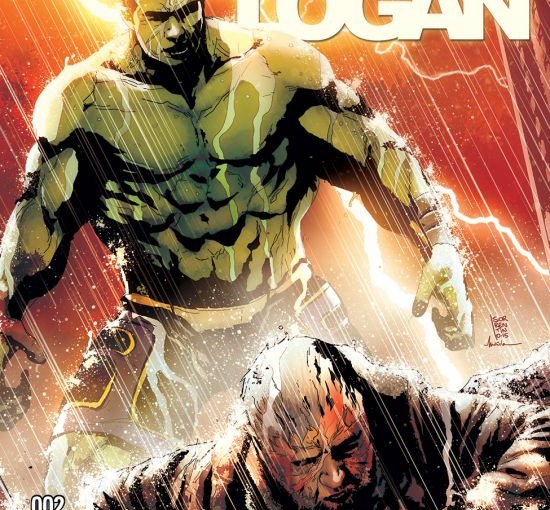 With the Butcher being the first person on his list to be taken out, Logan now sets 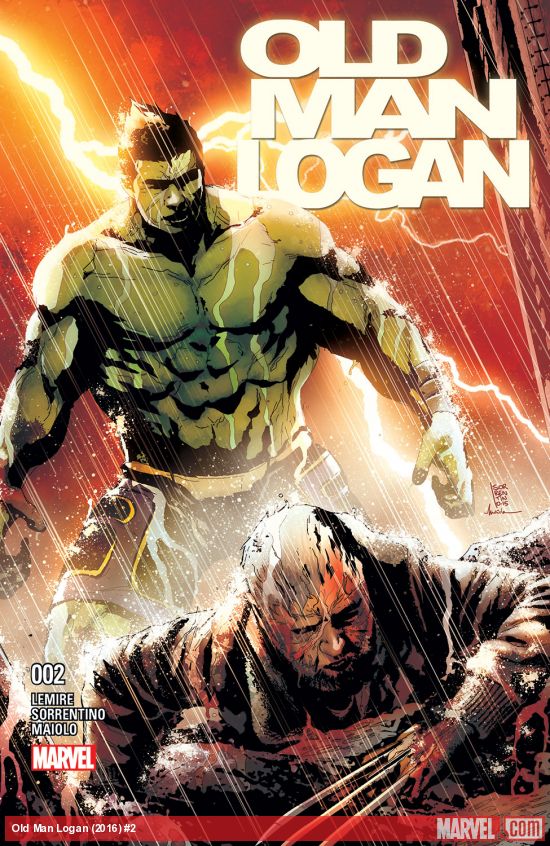 his sights on Hulk. Early in the issue we get a flashback of the future. In this flash back we are shown the terror Hulk’s children and grandchildren has caused, granted Banner doesn’t make an appearance but we do see his off spring and just like the Hulk they are also out of control when they kill Logan’s wife and kids at random. The but meat of the issue is in the present , after tracking Hulk down, Logan attacks with everything he’s got but soon realizes that the Hulk isn’t the mindless brute he’s known to be.

Logan finds out that The Hulk isn’t Banner its Amadeus Cho, he’s the new Hulk, confuse once again Logan asked Cho the location of Banner but before he can get answer the police interrupt and Logan leaves, still confused Logan seeks out Hawkeye for help and again he’s thrown a curveball when he finds Kate Bishop instead of Clint Barton as Hawkeye.

It seems like the past has change instead of the future in Old Man Logan #2, alot of things aren’t exactly what he remembers them to be, like Amadeus Cho as Hulk and Kate Bishop being the new Hawkeye, I’m curious to see what has happened to the Banner and Barton, along with how the changes will effect the future when or if Logan makes it back. The issue is extremely fast pace just like arc,  this could be a problem later on but i’ll hold off on that until next issue.