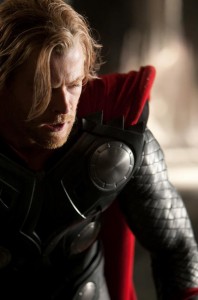 Marvel and Disney have recently announced Don Payne will be the single writer for Thor 2 which is set to hit around June 26, 2013. Many of us assumed ($439 million worldwide) that a sequel was going to follow, what we didn’t see coming was that two of the writers and the Director would not return. Many reports have mention Kenneth Branagh will not direct but still be part of the production process.

Zack Stentz & Ashley Edward Miller who co-wrote the sript for summer hit wanted to end on a high note and will not return. Payne who wrote the screenplays for My Super Ex-Girlfriend and Fantastic Four: Rise of the Silver Surfer and  for TV shows The Simpsons & Men Behaving Badly. With that said the big question is “Will it be as good as the last movie?“