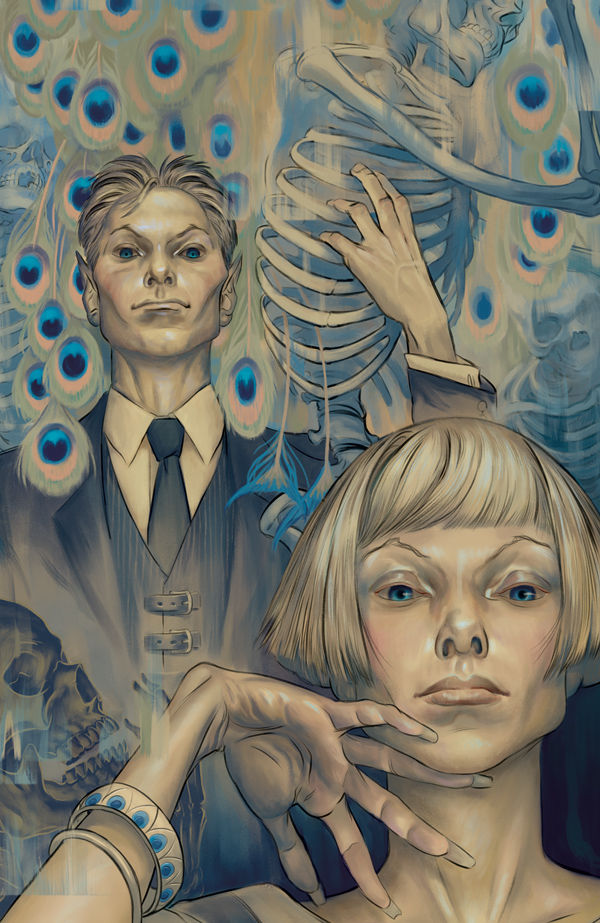 This issue begins with a big brawl between our heroes and the brother and sister duo from Hell, Pearl and Nash.  The party gets broken up due to these bizzaro world wonder twins and complete chaos has broken out because of the lack of Mohra blood.  Everybody wants it nobody has it, well almost nobody, Pearl and Nash may have a bit which may or may not be beneficial to Angel and Faith’s escape plan.

Faith, trusting Angel, is still conflicted about the path and decisions she wants to make about his future (as well as hers).  As she finally decides what she’s going to do, they make a startling discovery about just what exactly the Mohra blood does.  There are complications and repercussions because (again) the seed is no more.  Angel and Faith must attend to a problem created from the absence of magic in the world (yep you guessed it, that pesky seed again…) and they do so with gory precision.  Since the Mohra blood appears to no longer be an option in bringing Giles back, Angel focuses on finding another way.  After a brief conversation with Alasdair, Faith finally levels with Angel about the concerns she has with his plan.  She tells him that she supports him (and his new idea to bring Giles back) but that she will stop him if necessary.  They have a nice heart to heart and we see why they make such a good team.  All the good feelings are short-lived though because there a change appears in Angel’s demeanor to which he appears to be oblivious to!

This is the final issue in this story arc and like previous issues, this one has moments where the characters voices ring true.  There is some snarky Faith, some sarcastic Angel but those instances are few and far between.  I love this story and I love these characters, I just wish they could find their groove (consistently).  The art is fabulous, I find Rebekah Isaacs’ version of Faith really embodying the character we know and love.  I do recommend this issue because I do truly believe that this team is going to find their footing soon and when they do, the results will be amazing. 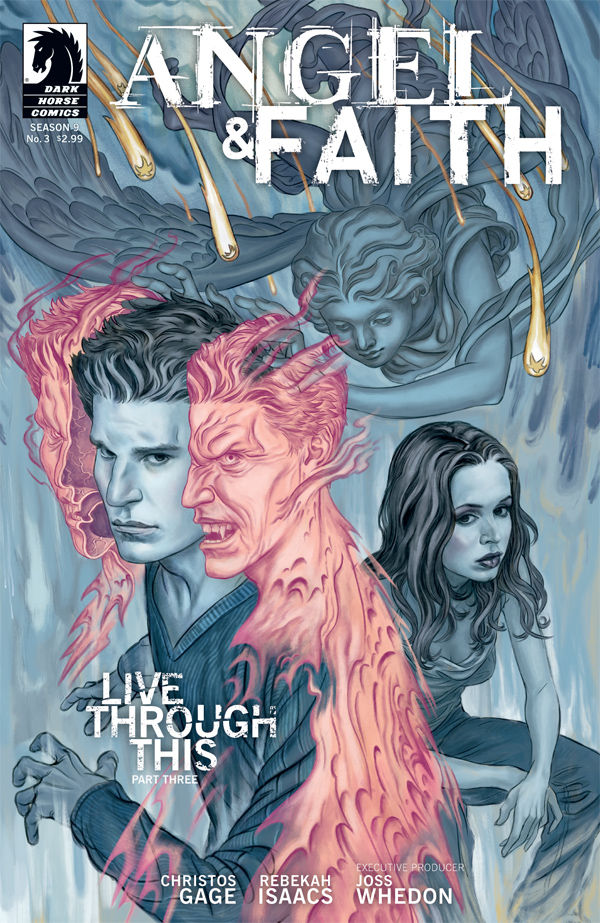 This issue continues the story of Angel and Faith searching for the Mohra blood and its distributor, Fraser.  This issue, despite their conflicting intentions has Angel and Faith really coming together and working as a much more cohesive unit.   They’re finding their groove as a dynamic duo, which is nice, as you really begin to believe that they will be able to take strength from one each other depending on who may need it at any given time.  Early on in the issue I really thought we may see the snarky groove but that part still seems lacking.  The art as always is superb, I really find Isaac’s portrayal of Faith as spot on, she just really manages to capture the essence of the character.

We also see Angel hell-bent on completing his mission, regardless of whether his plan is right, wrong or even possible.  Faith has her own ideas, and like Angel will stop at nothing to carry it out. Who will come out the winner?  I’m guessing neither of them.  As opposed to Angel, who is a very deep character with hundred of years of experiences behind him, Faith is still a young girl whose evolution is still happening.  We are really beginning to see the next phase of Faith, the mature, has it together, in charge woman who is quickly becoming the voice of reason and the proverbial rock.  She’s the nurturer for once, this is a very nice change.  While she is still on the aggressive side, sometimes too much so, she is also aiding all those around her when they need it.  There is a new character who shares some of Faith’s concerns about Angel (their interaction is a perfect example of Faith’s aggressive over the top behavior),  the character may prove very helpful to both Angel and Faith together and I’m guessing separately too.  Angel’s past continues to come back and haunt him but this time Faith has decided to take matters into her own hands, she is on her own mission to solve all Angel’s problems so that he may start over again without the burden of his demons, both the tangible kind and the mental kind.

This was a very good read, although I do wish it were moving just a little bit faster.  There are some very riveting aspects to the story and I am really excited to see what is going to happen.  I also really hope Angel and Faith’s characters find their voices, it’s close but something is just slightly off.  I have complete “faith” though that these characters will find themselves sooner rather than later.