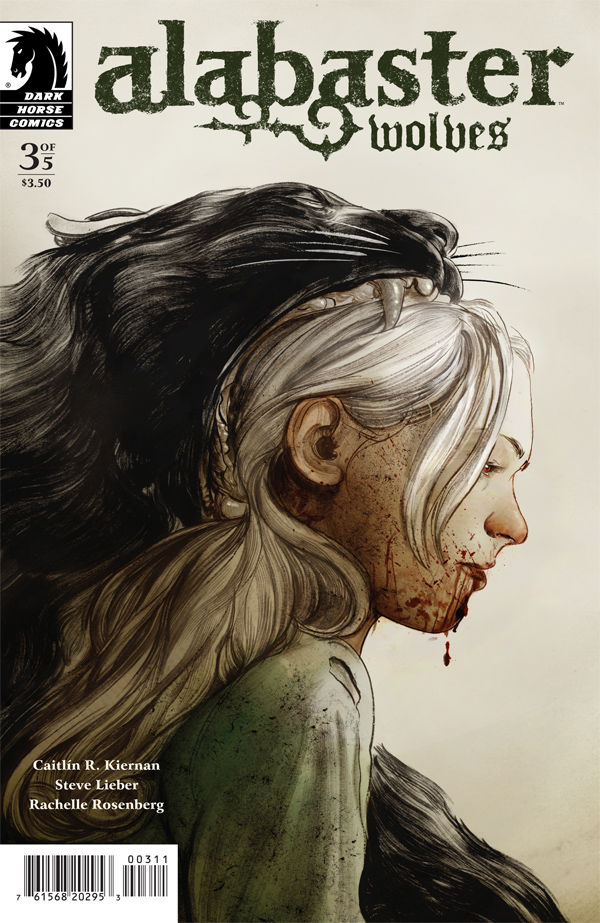 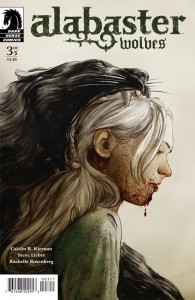 We last saw our favorite albino bad-ass in a bad state and about to die. In this issue Dancy seems like she’s on the losing end when she starts to tangle with that werewolf, or is she? She soon finds help in the form of an unlikely ally and Dancy is trying to figure out why she’s been saved. Things quickly become tense between Dancy and her savior as her new-found “friend” has questions that are expected to be answered. Dancy, in no position to argue because she’s still weak and recovering, obliges and we are given a glimpse into the past. Dancy’s past is just as interesting as her present and her journey leads her to trouble. She, like always, does what she needs to do and she is slowly figuring out what it all means. Now that her Angel (guide) has left her she has the daunting task of doing it all on her own, with maybe a little help from the rude crow!

Caitlín R. Kiernan is flat-out amazing. Her writing style is breathtaking and hands down some of the best I’ve read. Dancy is an amazing character layered with depth and sadness. Steve Lieber’s art is the same as Kiernan’s writing, it is beautiful and brings everything to life in a fantastic way. Each character in this comic is intriguing and the story itself very interesting. From Dancy to the crow everything works impeccably together. If you haven’t checked out this series yet, well, there’s something wrong with you, so go pick it up, I promise you won’t be disappointed! 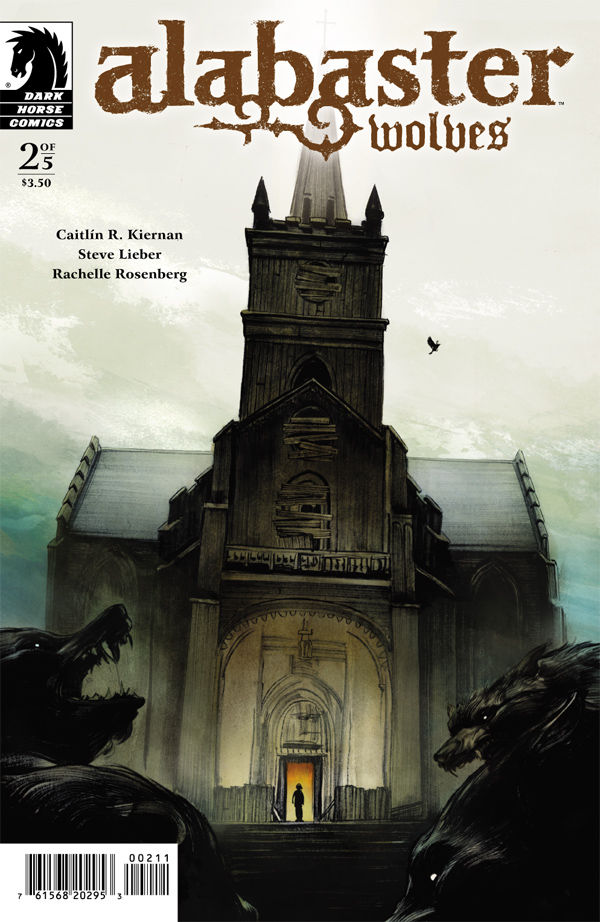 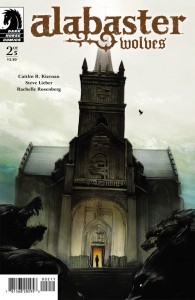 In this issue we find Dancy dealing with the aftermath of her knockdown, drag out werewolf fight. She’s not feeling too well thanks to the chunk the werewolf took out of her arm. Dancy is kind of losing it which may also be partially caused by the high fever and infection that’s a brewin’. She’s in and out of consciousness and to top it all off, that rude bird is back poking at her and stealing her chili. Dancy begins to realize that, without some help, she’s probably going to die so off she goes in search of a drugstore with the rude bird in tow. After finding the supplies she needs Dancy goes in search of a safe place where she can rest and hopefully heal but, in this world, that place doesn’t exist. Even though she’s not looking for it, she finds trouble and a battle ensues that really shows us how badass (even at half health) Dancy really is. But, will this fight be too much for her to take?

This comic is really something special. Everything from start to finish is amazing but I especially love the dialog. Dancy and the blackbirds back and forth dialog is so great and really entertaining. The art is also fabulous. I kept going back to check it out. The muted tones really do a great job setting the tone/mood of the comic. The story itself is really wonderful and really succeeds in keeping the reader engaged. If you haven’t yet, pick it up, you won’t be disappointed! 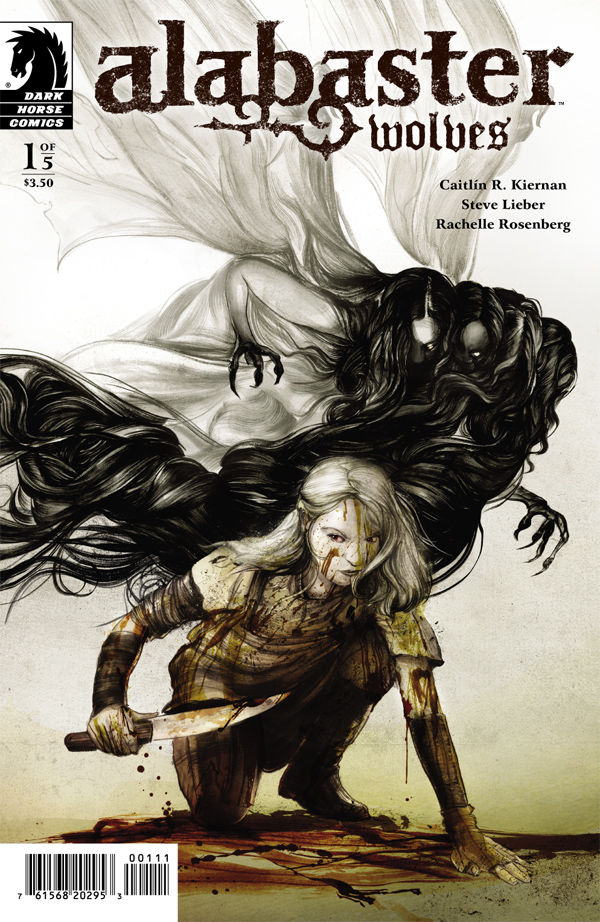 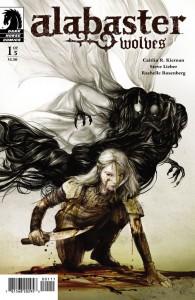 Dancy Flammarion, a young albino girl, is being directed by an invisible angel and appears to be on a mission to rid the world of various monsters. This issue introduces us to Dancy, our heroine as she waits at a bus stop in what appears to be a dilapidated, abandoned town. As she waits, a bird with a serious attitude appears and they strike up a tenuous conversation. This conversation is our first indication that the world is a little different from what we are used to. We also learn, as a woman appears, that Dancy has quite the reputation, she’s a badass that’s being guided by a higher power! This issue focuses on Dancy and the stranger who we quickly learn wants to kill her. They participate in a battle of wits which finally ends in a battle royale. Will Dancy live to fight another day and if she does will there be consequences for her actions? 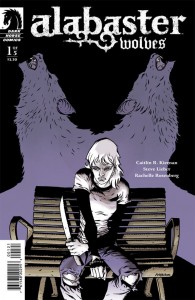 This is an amazing story. Dancy has the perfect mix of youth, smarts and the will to survive. I was intrigued from start to finish. There is enough mystery to keep you glued to the page and enough explanation that you don’t feel lost. I loved and was blown away by the art. The cover is amazing. The muted tones really do an excellent job conveying the mood of the story and the strangers slow transformation is fabulous. The dialog is phenomenal and the character development is spot on giving you just enough to want more. The story itself moves at a great pace and builds tension
as it progresses. This is a fantastic read, it’s highly recommended and I can’t wait for the next issue!