Streaming movies isn’t that new these days, but it’s often hard to find the latest hot spots worth checking out. Usually when I want a great B-Movie I often hit up Google Videos, a lot of titles manage to find their way over there and some are just awful. Today though I hit up AMC for my usual dose of TV catchup and found a series of B-Movies listed

The current lineup so far is this

Dragstrip Girls
The Hellfire Club
Hercules Unchained
Motorcycle Gang
Saga of the Viking Women
Dark Star
Shake, Rattle & Rock
A Swingin’ Summer
Assassination in Rome
Carnival of Souls
College Girl Murders
Reform School Girl
Rock All Night
Asylum
Corridors of Blood
The Horror of Party Beach
How to Make a Monster
War of the Colossal Beast
What a Carve Up
Creation of the Humanoids
Invasion of the Neptune Men
Planet on the Prowl
Teenage Caveman
Terror Beneath the Sea
Dynamite Joe
The Ruthless Four

Here’s to hoping they get some true winners like Manos: Hands of Fate in there, although honestly I think I couldn’t take that movie all the way through once again.

Also many apologies if these are beyond your regular B-Movie radar, some of these really kind of look like they’re gonna be grade A stink. 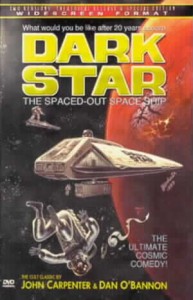