Movies are always an odd thing, things are so subjective for taste that it really is impossible to call something a decent flick or a horrible wash. When I come into a film it’s with a certain mindset of what I’m getting into, as such with Fast and Furious I didn’t come into things expecting an epic literary work, I didn’t come in expecting the greatest story ever to touch film. Instead I wanted cheap thrills, fast cars and overly done action sequences.

Fast and Furious delivers directly to that expectation, the movie comes about with a much more refined story and aim, by that I mean the movie actually has a direct target following through instead of multiple situations that eventually lead to a final boss of sorts. For the timeline it seems as if the fourth installment falls just after the original movie allowing for existing problems in 2 and 3 to continue to be valid. The only odd gap they had to fill was the fact that they’re featuring cars from 2008 when they didn’t exist at the time of the other movies. No real big deal though if you’re just in it for the action.

The acting is pretty basic, with much of the focus on how intense one can come off when jumping through windows to tackle suspects, dangling people off buildings and more. The car sequences are of course always life and death moments with struggles continuing to the last possible moment. It’s not a bad thing, in many cases it can drag the audience to the edge of their seat to know what the result will be.

When I headed out Friday night for a movie, I was hoping for a pick-up to the weekend so I could have a fun night and not have to think about underlying plot and symbolic meanings throughout the film to establish all the considerations made during the film. I got that and then some with the movie and honestly I liked it better than the first because it was true to what it was, the movie wasn’t trying to redefine a genre or make us all reconsider our lives in the universe, it was a wham bam action film designed to take you out of life for a good few hours.

If you’re interested in cheap action and fast cars then give the movie a bit of your time I would say, just don’t come in expecting something more than it is, if you do then you’ll be sorely disappointed for having such high hopes of a film that isn’t aspiring to those expected levels.

Personally I might just see it again because it was a good entertainment piece, at least until the psycho compilation known as Crank High Voltage comes out. After a Fall of serious movies and hard topics it really is a relief to be able to let it all go with some movies that don’t demand much out of the audience. 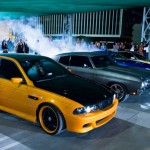 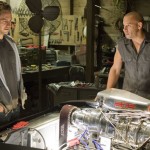 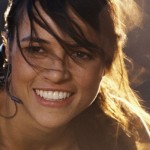