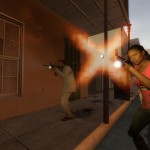 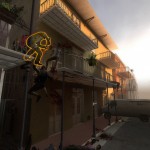 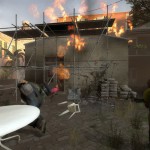 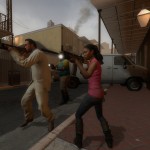 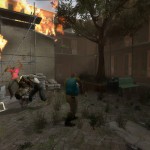 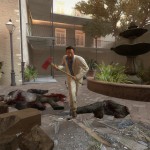 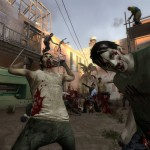 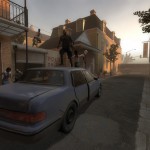 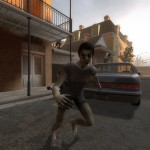 With Comic-Con around the corner and word of L4D2 being on scene with new features I figured it would be nice to drop firsthand impressions that I got over at E3 in the Valve suite.

The game mechanics are always a key focus with these things, the gameplay to L4D is very much preserved from the state of the first preview, gameplay was fast and the hordes were still in heavy numbers from multiple angles, players had decent reload speeds, a good variety of power with weapons and of course melee for when things got dirty. The biggest introduction into the game is the new secondary weapon system, as it stands it feels a bit rough, sure you get really cool weapons to swing around but there’s a lag on the weapon, the gesture is a slightly delayed getting off, the execution is epic but the recharge on the next swing feels like a millenia especially given that these have to be used face to face with zombies. Major attacks upon the player end up causing the weapon to be released and overall it’s just not the most effective way to get out of being violated by a giant swarm right now. They say that they have 20 new items to debut at Comic-Con so we’ll see how that pans out.

Enemy mechanics have changed up slightly, high speed dashes to safety or to turn of sirens or reach safe points are all new, in the stage we played we hit a mid-way safe house to go through before hitting the next branch of fighting, things like that keep the game interesting and let newer players learn how to get their act together by healing in a safe area for the most part, they do have tanks around them or witches, the game also rewards those who run into the fray with a brand new friend. The Charger, a tank like creature dedicated to penetrating breaking your body in ways you never thought possible, is he easy to take down? kinda, if you don’t get drilled by him first as he has the potential to ruin a whole team in a single charge.

As it stands L4D2 is shaping up to be quite an entertaining game, given I have about 350-400 hours on L4D I can say I’ll be looking forward to the next installment when it lands this November unless something terribly wrong happens at SDCC next week.